Calm and confident is about all you need to sum up Ali Sperry. You could also add supremely musically talented, as evidenced by her new record, In Front of Us, released on March 11th. That calm demeanour is fully on display throughout this record, and it’s reflective of her as an individual as well as a musician. You could say it’s in her fabric as a human being, with her youth spent growing up in a small Iowa community that was built around the practice of Transcendental Meditation. That meditative influence has really motivated Sperry as an individual to the point where, outside of being a musician, she is also a yoga instructor.

Using the events of the world as all the motivation she needed, Sperry focused her songwriting on her feelings and observations of what was going on around her. She takes a call-it-as-you-see-it kind of approach to the creative process, musing on the major cultural events that have taken place over the last year or so. There has been an existential crisis and Sperry and her trusted producer, Jamie Dick, have taken notice, turning it into the positive motivation necessary to produce a solid new record.

To get a sense of her musical inspirations and the musicians she really looked towards in writing In Front of Us, Sperry has joined us today for a special session of Stereo Six in which she runs down for us albums that had a significant influence on her in the recording process.

“Ok, it’s hard to choose between Blue, Court and Spark, Ladies of The Canyon, For the Roses, and the list goes on… but Song to a Seagull was the first Joni I was exposed to and I will never forget what it felt like to discover that record. I was in seventh grade and had my mom’s record player in my room, along with her record collection from the ‘60s/‘70s. That was the one I would listen to over and over and learned to sing along with. Each song felt like a novel unto itself, like there was a whole story there, only partially told, and I wanted to know the rest. Her voice and her vocal range were haunting and playful. She is a master at expression and the way she sings every single note serves to paint the picture of the song. Especially as a lyricist and as a singer this was an early influence that has stayed with me through the years. ‘Cactus Tree’ remains a favourite of mine and one I will always love to sing.”

“This is another one that I connected with in my youth and that has stayed with me ever since. I still remember how enchanted I was with the video of ’You Can Call Me Al’ as a child, featuring Chevy Chase, and I had a special affinity for it since I have in fact, been long called Al. Paul Simon is a master songwriter. He simply has it, the way the lyrics serve the song, the structure of the song is just right, the melodies, the arrangements, it’s all there. One of my favourite concerts of my life was seeing him at The Ryman several years ago. I feel so fortunate to have gotten to hear him play those quintessential songs live.”

“I know it’s cheating to choose a greatest hits compilation, but Tom Petty was so prolific and all of my most cherished songs of his are spread out across about ten albums, so I gotta go with the hits. In every record I’ve made, there’s been at least a moment of going after something Tom Petty-esque, whether it’s a groove or a guitar lick or a big chorus with lots of harmonies, he’s always in there somewhere.

To me, he is the king of the good, simple pop song. His music has also been a theme in my relationship with my husband; the first time I ever saw Jamie play drums was at a Tom Petty tribute night where he accompanied our friend Kai on ’Don’t Come Around Here No More,’ we got to see Tom perform at Bonnaroo in 2013, we’ve listened to his records on countless drives, I danced to ’Wildflowers’ with my dad at Jamie and my wedding… His music has been a soundtrack of the last ten years of my life and shows up in many ways in the music I make.”

“This was a big record for me and when I listen to it still brings me back to a specific time in my life. The first time I ever laid ears on Jenny Lewis’ music was coincidentally the first time (of only two times in my life, don’t worry) that I ever partook of acid. What a perfect marriage! I was absolutely mesmerized. I remember thinking, ’this woman is speaking my language.’ I got to see her play in Chicago in 2008 and I remember writing in my journal about that show afterwards. Her lyrics were so frank. She doesn’t hide behind anything, she just comes out and says it.

And I love the way her songs can be so fun, but at the same time she is singing about something heavy or painful. That is definitely something I like to explore and played with on songs like ’Excuses’ and ’Climber’ on this latest record. Her more recent record The Voyager remains another go-to of mine.”

“This is an outstanding record from start to finish, and I connected with this one at a pivotal time in my life, when I was finding my footing in Nashville and making my first solo record, while also falling in love. So I equate it with a time of growth and excitement and a fervent hunger to make and consume music. When it first came out (and still on occasion) I would listen to ’Change the Sheets’ on repeat and feel like, ’this is the kind of song I want to write.’ Her heart comes through in these songs, her pain, joy, humour. Highly influential on me as songwriter.”

“Does this album have anything to do with my music? I couldn’t say for sure. But I can tell you I absolutely love it and whenever I circle back to it I find that it more than stands the test of time. It pulls you in to a world. It puts you in a state. The songs are good in a way that hurts a little bit. If I want to dance maniacally around the house and shake something out, this is the record I turn to.” 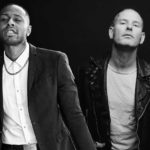 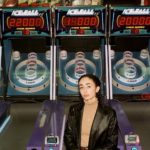