It’s a triumphant moment for Saphath, one that they have been slowly building towards for years now. The band will self-release their debut album, Ascension of the Dark Prophet, on April 8th, ten songs loaded with years of perfecting. Work has really been underway on this album ever since the sextet formed in 2019 in the far eastern Russian city of Yuzhno-Sakhalinsk. Lead singer Alexey Duraev had been collecting song ideas since 2013, but it took guitarist Dmitriy Badulin to help add to and finetune these musical concepts. Sapath finished recording Ascension of the Dark Prophet by the end of 2021, a record defined by the diversity of heavy metal, most notably death metal, black metal, and gothic metal.

Thematically, the lyrics follow a style similar to classical English poetry and focus on the place of an individual in the world at large. Within that place, darkness, rage, fear, loneliness, love, and loss may linger and overcome that person. It’s an idea of man vs. society, or man vs. the world, or how man copes and deals with the influence of religion within his personal space of belonging.

With the record here today, frontman Alexey Duraev has joined us today for a track-by-track rundown of every song on Ascension of the Dark Prophet as he offers his musings and views on what these songs mean to him.

Alexey Duraev kicks off the track-by-track with an overview of the record as a whole and its underlying concept, stating:

“Ascension of the Dark Prophet is not exactly a conceptual album, but all the songs put together the story of the path he makes. The Dark Prophet is a character of harsh fate, an outsider in his world, rejected by society, but possessing indomitable willpower and independence. Since his youth, he hears a voice of Darkness in his head and the Darkness is personalized, she is not just a universal power, she is a lady of forbidden knowledge and defiance. You may look at him as Antichrist or Cain and perceive her as Lilith or Mara (Slavic goddess of death), but it is more to them than the known mythological characters. The Prophet aims for reaching the city he sees in his dreams, and this would be the story of his ascension.”

“This is a rage song. In the world corrupted with lies, religion, and terror, the world where those who claim to be saints and preach the higher truth think they can execute justice, someone has to assume the mantle of a villain to purge it. Such is the commitment of the Prophet; he is here to invoke the armies of hell to avenge the loss of someone who was dear to him. This is the path of darkness and cruelty, but also the path of truth and justice the way he sees it.”

“A song of doubt. Why do you believe you are an ‘Outcast of Eden?’ This question is the first bar of the song and it also makes the very essence of it, questioning the things that are believed to be true. Why would those who believe blame Adam and Eve for biting the forbidden fruit from the tree of knowledge? Why would knowledge be forbidden in the first place? How ridiculous is the notion of original sin if that was a sane choice? The Prophet preaches the importance of knowledge above belief.”

“A song of apocalypse. Can you trap the fury? The more you suppress a person, the more their instincts and desires encroach, looking for the way out. The song is about the feelings of a prisoner who wishes to unleash his wrath on those who imprisoned him. You can imprison body, but not heart. No bars can hold the fury of the Prophet.”

“A song of sympathy and sorrow. A young lady cannot breathe in the society that depraves her of any freedom. She is a free soul, yet morals of those around strangle her. She is haunted by her twin in the mirror, reminding her that all her beauty and all her potential have no chance of blossoming and doing any good when the world is ruled by superstitious hypocrites. When the mirror shatters, she sees her way out… we lament her. The Prophet laments her.”

5. “The Daughter of Ice Plains”

“The song is a romanticized hallucination. Can you imagine yourself freezing to death in icy mountains? In the last moments of life your mind grants you the most comforting visions to ease them, probably that is why the goddess of death in the culture Saphath is coming from is a young woman of beauty beyond comparison, dancing in the snow.”

“A song of lost love. The true love lives forever and if you lose it, you carry it through your life, gnawed by despair and loneliness. It changes you, making you fearless, ready to do anything someone else would call a deed of a madman. The Prophet takes his love to the Asphodel Meadows in the afterlife, where he aims to wait for his beloved one.”

“A song of loneliness. When you are alone and no one hears your voice, you are freezing without a drop of human warmth. If only someone noticed your existence and healed you… Alas, you need to understand a person’s pain to understand them, and the Prophet has endured too much.”

“A song of guilt and fear. Have you ever thought why the main hero of ‘The Raven” by Edgar Allan Poe stays home alone? We ask, what if there was plague breaking havoc on the streets of his city and he is isolating himself home devoured by guilt for refusing to help people outside. Was the plague caused by the Prophet as a payback to those who imprisoned him?”

“A song of divine duality. If there is an all-powerful being, it cannot be put in the categories of good and evil. Mercy and cruelty, happiness, and grief, a god is responsible for both. And if the deity is all-powerful, it should be extremely lonely… The Prophet has slain and saved, seen the brightest light and the blackest darkness – does it make him a god?”

“A song of a dreamer. There is always something in your life you would give up everything for. In the Prophet’s dreams, there is a perfect city, a mother to all of the cities of the world. This is the ultimate goal of his ascension – a place where he can find all the knowledge, all the pleasures and the boundless freedom. The place where the Darkness awaits him.” 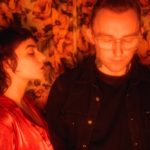 Lyoness Premiere the Music Video for Their Slamming Single “The Silence” 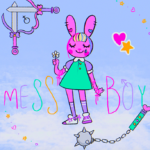