Unfortunately, there just aren’t enough musicians out there like Raygun Carver. But that’s really through no fault of anyone else as what Carver is cooking up on his brand new album, Bad Thing, is nothing short of exceptional. Carver, the on-stage persona of Pacific Northwest artist Michael Soiseth, has conjured up something very good with his new full-length, the follow-up to the 2020 album Moon Fields Yawning.

For two years, Soiseth poured his entire being into creating this record; a deep, dark, singer-songwriter type of album recorded in the spirit of Leonard Cohen, Nick Cave, and Jeff Tweedy. Carver brings to the table the same level of musical diversity as those artists, while at the same time offering you similar originality, boldness, and musical bravery that they have become so associated with during their brilliant careers.

Providing some context within which he recorded the album, Carver tells us:

“The record Bad Thing is a collection of tunes with a nod to traditional songwriting craft. Some of the material was written for this record while others were songs I had done before but just never felt were ‘definitive.’ The record was recorded at home during the pandemic with contributions by some amazing musicians from California, London, and Nashville. Some of my favourite artists are songwriters first and foremost and this record is a homage to them.”

Some of the tracks that made the final tracklisting of Bad Thing have been marinating inside of Soiseth’s head for many years, but for some reason, he just couldn’t bust out the precise versions he saw. It all finally started to come together while he was staying in his hometown of Port Angeles soon after the release of Moon Fields Yawning. Soiseth recorded the album with several talented musicians, including Phil Madeira (Emmylou Harris) on keys, accordion, and guitar, Ryan Svendsen (Elton John) on trumpet, and Jay Stapley (Roger Waters) on slide guitar.

It’s quite a formidable cast who have helped Soiseth see his vision through and make an intelligent record that requires more than just a casual listen to truly appreciate the tunes. This is thrilling, well-executed songwriting that will leave you feeling compelled, and undoubtedly captivated. 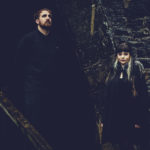 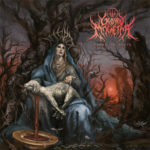