With an incomparable sound and an unmatched aura, no metal in this battle is bursting out with their brand new single release, “Disco dans ta cave.” The groovy, upbeat, driving instrumental is the second release in a series of singles that the band started last year. Motivated by the motto “create, record, release,” it’s part of their attempt to be as productive as possible without overthinking it and letting their chemistry and the music guide them forward.

“Disco dans ta cave” sees no metal stepping out a bit, being more experimental than ever, but still staying dedicated towards that one-of-a-kind mix of post-rock, math rock, krautrock, and afrobeat that has been driving them now for over a decade. The song’s accompanying music video is a blast in itself, a clever and somewhat comical throwback to ‘70s and ‘80s horror films.

In reference to the video, the band says:

“This video expresses quite well the period in full confinement when the track was created. We wanted to describe with these images this feeling of constant presence of the virus in the back of your head even during the most beautiful moments. The video was made with royalty-free images. We totally wave against the trend of high quality content all the time to create a constant presence on the net, it’s not our thing.”

Explaining to us how the song came to be, they followed up stating:

“We wrote ‘Disco dans ta cave’ during the pandemic and all confined to the house. So we started seeing each other via zoom, then sending tracks to each other and finally rehearsing via Zoom. Given the depressing situation and the fact that we couldn’t see each other to sweat in the rehearsal room, we needed a track that would groove and set the place on fire. That’s how the song was born.”

Initially a trio, no metal in this battle shifted to being a quartet shortly after forming, a wise decision that helped them achieve the sound they were looking for. When the band formed in 2011, the members had already had a decade of experience playing in various screamo, math rock, and emocore groups across their native country of Luxembourg. Their debut full-length Paprika was released in 2017, which got them travelling across Europe, establishing a solid fanbase in places like Germany, Belgium, and France, and at festival appearances at South Korea’s Incheon Pentaport Festival, Rock for People in the Czech Republic, or Primavera Sound Festival in Spain.

Since the pandemic began, the band switched their focus from touring to jamming, with a mind towards improvisation. They are on the hunt for the perfect groove, and judging by “Disco dans ta cave,” they are getting mighty close. There is plenty more to come, as no metal in this battle stays determined and pursuant of the best version of themselves. 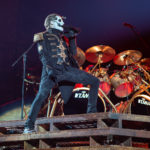 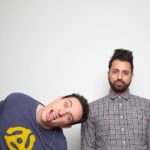 The Habits’ Wolf Bradley Discusses Being Vulnerable Over Zoom