If you feel like you don’t fit in, welcome to the club! Feeling a lack of acceptance, rejection, or repudiation is perfectly normal, and, unfortunately, all too common. But, never fear, we’ve got bands like Mercury & the Architects that have your back. This particular group is pleased to premiere their brand new music video for the latest single, “I Don’t Fit In,” a song meant as a show of support for all of you nonconformists out there. It’s an anthem directly inspired by the culture of conformity and censorship, acting as a reminder to fans to not back down and to stand up for who they are and what they believe.

“I Don’t Fit In” fits in perfectly with the trio’s overall vision; the unit is predicated on the authenticity of the many cultures that affected them growing up in New York City. Their songs are unique, yet familiar enough within the context of the timeless rock n’’ roll that has come out of their home city for the last 60 years.

When asking about the song and its accompanying music video, band founder TJ Ferranola tells us:

“The ‘I Don’t Fit In’ music video takes fans on a whimsical ride through a fun but serious song. The up-close and personal views of the the poet the pixie and the painter, as they perform to the lyrics, not only gives the video an intimate vibe but a truthful one as well. A vibe that coincides perfectly with the message that song is all about. Freedom.”

Ferranola founded Mercury & the Architects in 2014. That theme of self-empowerment and courage is something that Ferranola has been preaching since he began writing music in his teens, and it really provided the context within which he formed the band. He became determined to bring that message to life, which provided the launching point for the group’s debut EP, Poets & the Beast. In the same vein, the EP was followed up with their debut full-length The Ghost That Haunts My Castle, a more fully-formed recording that went off like a modern classic rock epic.

There’s a real drive behind this band, supported by a grander perspective of what rock music is and what it can be. Speaking your truth has never been so essential, so go and be yourself, be exceptional, and be uncommon, as long as it suits your vision of yourself and who you want to be. 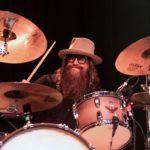 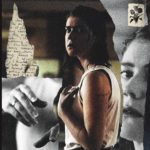