Indie-rock band Kalinders, fronted by songwriter and lead vocalist Holly Tzeigon-Whitaker, is hitting the ground running with the debut single “Convenient Hell.” After bearing witness to the struggles of addiction, Whitaker took her pain to the pen and transposed it to reflect addiction in a greater societal context. With the help of bassist Jon LaFranchi and drummer Nick Craft, “Convenient Hell” comes together as a polished, profound and multi-layered track. On the surface, upbeat and sunny, the lyrical content takes on a much more sombre tone.

“I wrote it during a really trying time in my life, in an effort to better understand and empathize with my friend and lover who was in the midst of coming to terms with his addiction to pot and struggling to get clean,” Whitaker explains. “It’s a song about vices, escapism and how easy it is, by design, to find ourselves seduced by substances that ultimately lead us away from ourselves,” she adds.

In a modern world where detrimental forms of distraction are packaged as alluring and accessible while at heart being rampant and ruinous, there is merit to the track’s intentional juxtaposition. Even the name, “Convenient Hell,” acts as an oxymoron which parallels the rest of the record. The track’s title was exactly how Whitaker’s friend described the experience of driving past dispensaries in California while trying to quit smoking.

When writing this song, “I thought of convenience stores, social media and all the other places designed to tempt us with things that we don’t need, or things that are bad for us,” she explains. “Ultimately, the song aims to turn our attention back to what it is we’re really looking for in those moments, which for me at least, is feeling connected to and at home in myself.” With Whitaker’s wistful songwriting and the band’s unique sound, Kalinders’ single is a promising debut for what is yet to come.

In Spring of 2019, Oakland-based singer-songwriter Holly Tzeigon-Whitaker emerged from a period of intense solitude — for the year prior she had been living a quiet, isolated life in rural Sonoma County near her hometown of Santa Rosa, licking her heart-wounds and honing her craft as a burgeoning songwriter. That’s when she and bassist Jon LaFranchi began gigging around Sonoma County and the greater Bay Area under the moniker Kalinders, adding Nick Craft to the group on drums shortly thereafter. Together they were an assemblage of jazz musicians making folk-rock music with indisputable swing, coloured by the Sonoma Country countryside and Tzeigon-Whitaker’s brief stint living in New Orleans. The trio was cutting their teeth in the local scene when the pandemic hit in 2020, and once again, Tzeigon-Whitaker turned inward to focus on writing. 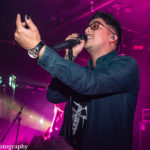 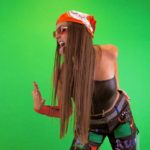