Some of the eeriest songs are also often some of the most soothing. Both of those factors are at play in Clara Engel’s new single “Golden Egg” from their latest album titled Their Invisible Hands. To go along with the new song, Engel has released a wondrous new Fiaz Farrelly-created music video, featuring some pretty fantastic footage of nature, life, and the world at large in which we live.

Released on April 15th, Their Invisible Hands is not your conventional pop album, featuring talharpa (a bowed lyre), cigar box guitar, and found percussion. It’s a folk album in nature, but very experimental in tone, a sound that has been described as “minimalist holy blues.”

“‘Golden Egg’ was the first song I wrote for Their Invisible Hands. The words came to me more fully formed than they often do. I think of the guitar part as a tremulous oscillation, always on the verge of something that never resolves, never explodes. I doubt anyone else would make this comparison, but this song makes me think, in an impressionistic way, of the band Tinariwen. I love their sound (and had the chance to see them live in 2019). The riff is obviously filtered through my own sensibility and style of playing, also I’m a solo artist playing a cigar box guitar.

“Tinariwen’s songs are entrancing and move in this full-bodied and meditative way, and something of that spirit flows through this song. It’s like watching clouds float over a full moon. I wasn’t thinking about that when I wrote it; when I write songs my brain is in an inarticulate place that I can’t describe, but influences are mysterious.”

An independent, Toronto area musician, Engel has been releasing music in various forms for about a decade now. Their songs have been featured on the BBC, on Italian National Radio, in the Aaron Mirkin short film We Are Not Here, and even at an on-site performance at the Leonora Carrington Museum in Mexico last fall. Their musical influences include individuals from a wide variety of genres and forms of media, like Vasko Popa, Virginia Woolf, Theodore Roethke, Jim Jarmusch, Arvo Part, Robert Johnson, Gillian Welch, and Jacques Brel.

This is folk noir at its finest, an artist that successfully maximizes what they get out of their minimalism. 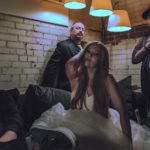 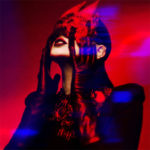