Taking a terrifying experience and turning it into art, Alysia Kraft explores the ever-changing tides of life on the new track “Little River.” This powerful indie-rock track gives voice to the struggle everyone can relate to: the art of letting go. She explains how the song was inspired by a near-death experience in which she nearly drowned in the river by her parent’s ranch two years ago.

“I got trapped beneath a debris pile for what felt like forever and then pushed beneath it by the current right as I was about to lose consciousness,” she explains. After working through some of her PTSD, her therapist told her, “you can choose what you want to leave in that river now…That was the catalyst to start leaving behind what no longer served me and to let myself be fluid and changing and changed by experiences instead of holding so tightly to what is known and what has been.” In this way, “Little River” is an evocative story grounded in the past but looking toward the future.

“You don’t have to be what you’ve been ever again. You don’t have to keep living it over again,” she sings. Kraft produces this encouraging sentiment not only lyrically but sonically as well. The track at first is slow-moving and almost nostalgic-sounding until the inevitable crash of the drums hits the chorus, like a powerful call to action. This is shown visually in her music video, which she shot in collaboration with the 53:14 Music Experiment, an initiative that pairs local musicians with filmmakers to create a music video in 53 hours and 14 minutes.

“The river changes every minute – it’s never the same river – and this song is about the personal liberation that comes with staying inside the stream of life and experiencing change and reinvention and possibility inside yourself while breaking cycles that keep you stuck in one place.”

Having amassed devoted regional followings for projects Whippoorwill and The Patti Fiasco as a celebrated songwriter and incomparably magnetic frontwoman, Kraft has sold out most of Colorado’s big stages and directly supported icons Bon Jovi, Blondie, Nathanial Rateliff and Bonnie Raitt on significantly bigger ones. Embracing the complexities of growing up queer on a cattle ranch in small-town Wyoming and choosing to love within a landscape that didn’t always love back, “First Light” is a triumphant homecoming and a defining solo debut. Smart, retro-influenced indie pop and lush, bioluminescent folk will find crossover appeal with fans of HAIM, Sheryl Crow, Sharon Van Etten, and Waxahatchee. 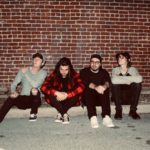 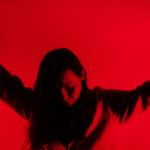