Let’s face it, there isn’t a Top Ten or Spotify playlist from the grunge explosion that doesn’t feature the big hits from Nirvana or Pearl Jam or Soundgarden. For fans of the scene, though, away from the chart-bothering likes of “Smells Like Teen Spirit,” there is a whole world of hidden gems.

In terms of alt-rock/grunge, Worcester alt-rockers Zilch (Thom Dewhurst (vocals/guitar) Cal Neathway (bass) and Crag Sharpe (drums) know their stuff so, following the release of their riff-soaked new single, “Misgiven,” we got the band to pick out their Top Ten deep cuts from the grunge scene.

“They have a tonne of great riffs and this intro riff is a favourite. TAD is always big and dirty. They also look like they could fell a tree.”

“Soundgarden are not a hidden gem, but Louder Than Love is always overlooked. It’s really raw, it is dark in places and Chris Cornell’s voice is incredible.”

“Love the sonics of Dinosaur JR. They helped lay the foundations of the grunge sound but still going. Great musicians, okay singer.”

“Mudhoney and their fuzz shaped the sound for the early ’90s. Mark Arm is really wailing on this song, there’s a lot of cool lead runs.”

“They write songs differently to everyone else. This one is reminiscent of dirty AC/DC. AND they’re another great Sub Pop band.”

“Alice In Chains aren’t really considered grunge by many, but it can’t be denied that their music is very gritty and dark. They just have that ‘Seattle sound.’ This has got to be an overlooked gem.”

“We can’t do this list without Nirvana, right? They have a plethora of B-sides and demos that live in the shadows of their 2 major label releases, and ‘Blandest’ is one of the best. Amazing vocal melody and dirty guitars that give the track a sleazy vibe.”

“Time for something more modern. Magaritas Podridas (Rotten Daisies) are from Mexico and have some great material already for such a young band. This song has it all – fuzzy guitars, hard-hitting drums and vocals that flit between playfully melodic and anguished screaming. Love it.”

“You can’t listen to this song and not bang your head. This song just encompasses all the hallmarks of grunge music. Plus, it was recorded and mixed by Steve Albini so it sounds huge and natural.”

“Again, not really considered a grunge band, but they had a huge hand in influencing a lot of bands from that scene. The apple doesn’t fall far from the tree when it comes to grunge music and Sonic Youth – you’ve gotta love that noise.” 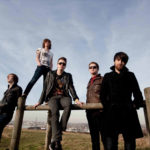 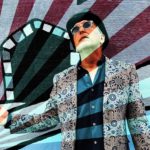