The night started off smooth as 19-year-old singer/songwriter poutyface (Olivia Knight) took the stage to her debut single “DEATHWISH,” released in April 2020. Since then she has released more tunes, and she played them all. From “Pretty Boy” to “HEY NEIGHBOR!” and “God Complex (Mojo)” to “TRAUMA BOND.”

Art-rock band Palaye Royale took the stage next and started their set with fan favorites “Nightmares” and “You’ll Be Fine” before moving on to “Hang on to Yourself” and “Fucking With My Head.”

The band consists of three brothers, led by lead singer Remington Leith, guitarist Sebastian Danzig, and drummer Emerson Barrett (along with touring musicians Andrew Berkeley Martin on guitar, and Jennie Vee on bass). And although only three members are related by blood, it is easy to see that they are one large family on stage – constantly interacting with each other.

While the audience anxiously awaited Yungblud (Dominic Richard Harrison) to take the stage, a large black curtain was dropped down – and someone unexpected took the stage in front of it. The entire venue was silent, as we all looked around at each other knowing that something was wrong, but we weren’t sure of what.

The man began speaking and stated that he was a Doctor who was called to take care of Yungblud. Fans began gasping, and wondering what had happened; if Yungblud could even perform.

Turns out, Yungblud had fallen straight onto his back the night before while performing and was in a lot of pain. So much so that he was on pain medication, and the doctor had told him “not to do his regular show with all the twisting and jumping.” 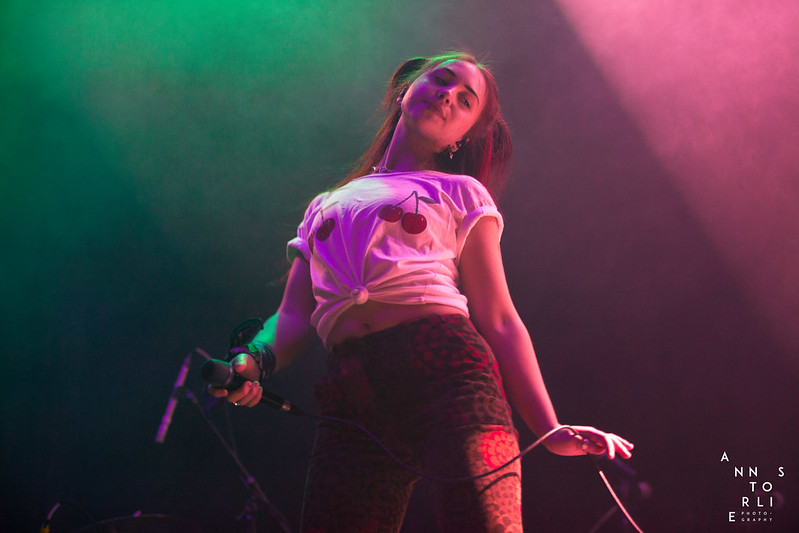 In a compromise with the Doctor, Yungblud would perform a shortened version of his set from a chair on stage, as Dominic had never canceled a show before, and as the doctor stated – “was mentally unstable enough to not disappoint his fans.”

The show began as the curtain dropped, and there was Yungblud in his chair, with a small table next to him and a bottle of Jameson Whiskey. And despite his limited range of motion, he absolutely killed his set as he started with “strawberry lipstick,” “parents,” and “superdeadfriends”; before taking a short break and talking to the crowd, stating that he couldn’t disappoint his fans no matter how much pain he was in, and that “the day I don’t go out on stage is the day they plan my fookin funeral.”

His set continued with high-energy performances of “Anarchist,” “mars,” and “weird!” It was only if you paid close attention that you would see him wince every once in a while out of pain.

The night started to take its toll as Yungblud was more visibly tired (and drunk) towards the end of his set, and he chose to end with “Kill Somebody” and a cover of “I Think I’m OKAY” by Machine Gun Kelly. 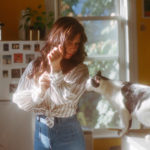 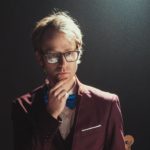