As unbelievably fascinating as the world of music is, we often don’t question why we use certain terms to describe certain aspects, nor from where these terms come. There is an entire 100-year history behind the use of the term rock n’ roll, but you’ve probably never given it much thought (or done much research) into the origins of the term. Jack, or Jacking, or Jackin’ is another one of those terms that has entered our vernacular, and you essentially know what it is, but it’s hard to put your finger on where it came from or what it exactly means. Generally speaking, Jacking is a term used to describe a freestyle dance move that emerged in the 1980s Chicago House Music scene. This particular dance move is defined by the dancer rippling their torso back and forth in a rolling or wavy motion.

Pepper Gomez is a House Music vocalist and dancer, and the head of Wake Up! Music, a global record label she founded in 2017. The creation of the label was motivated by Pepper’s aim to provide artists with a platform to create and release nu music. Rather than the typical label arrangement, her goal was to include artists as label partners in an effort to fully support their creative freedom. Wake Up! primarily focuses on Nu music, as in Nu House, Nu EDM, and Nu Dance. A couple of years ago, they expanded to also include Nu Metal and Nu Rock artists.

Today, Gomez has joined us for a highly interesting guest blog that considers just what Jack is, what it means, where it came from, and its multi-layered features.

What or Who is Jack?:

There are those of us who can hardly imagine that people exist who don’t know what the word Jack means. But at the same time, not everyone is lucky enough to have House roots and come from Chicagoland, the birthplace of House Music. Younger generations may not be familiar with the term or, even worse, may not have ever heard it. I can only imagine the confusion in other countries or languages. As a poet, words as treasures are an endless fascination.

Lately, the question, ‘Who or what is Jack?’ has come up. I’ve worked to explain the various definitions each time. I was surprised that you can’t just look it up on the internet. Don’t expect guidance in those searches. There’s not much out there and it is not necessarily accurate. Yet, words are great and some understanding of this term can only bring you closer to House and House Music from its roots through its continuing evolutions.

As someone who was around and contributing to the birth of House Music, in the 1980s, I can tell you that Jack does not encompass just one thing. Jack is a word that is peculiar to House and holds several meanings depending upon the context in which it is being shared. Though I don’t claim to be the ultimate authority in absolutely anything, I’m going to share the definitions that I feel are common.

2. Jack (n): As in a movement, often in dance, akin to a drilling jack hammer, a jack knife move.

3. Jack (n): As in this the House that Jack built. Found in the deeply House spoken word track, ‘My House’ by Chuck Roberts (1987). ‘Jack built this House.’ Take a listen for additional understanding.

6. Jack as an exclamation of excitement, enthusiasm or happiness. Usually as related to House Music.

9. Most recently used in Nu House release, ‘Oh My Heart’ where Tacboy of the ET Boys gives it his own Nu House sexy dance flavour when he says, ‘Jack My Body.’

Ralphi Rosario, Grammy Award-nominated Lifetime House DJ, producer, and musician describes Jack as, “Jack to me anyway, was an expression of dancing to House Music back in the day. It was like you were ‘getting into’ the music or track that was on or playin’… When they say ‘Jack it up,’ it’s like show yourself off with your dancin’ moves; it’s all around an expression of dancing back in the day; it also was constituting; you behind your dance partner, kind of jumping up and down to that 4/4 kick drum (laughs).”

While Rudy Villareal, longtime House DJ, promoter, and producer says this: “My definition of Jack is it started out as a dance move then becoming a genre as of late, and that definition would be: a House track with a lot of energy and a touch of Chicago concrete.”

TP Corleone, Chicago DJ, producer, radio, and video music host, further expands our minds as he provides this definition: “Jacking is what you allow your body to do at a House Music part when the music and the groove is so intense that you lose your mind… but it’s done to the beat. You no longer care how cool your moves are, you get possessed by the spirit of House akin to what Pentecostal Church folk do when they ‘catch the Holy Ghost’ – go crazy!”

Finally, legendary House vocalist, producer and DJ, Robert Owens reflects, “The term jacking to the best of my memory, it’s always been about people working their bodies up into a frenziedly emotional state of mind where you were just locked into the intensity of a groove… Musically you were losing negative energy while absorbing positive energy. Hypnotically in euphoria you were releasing, you were letting go, lost in a musical Jacking zone, just one view of the term and somewhat like in some churches you always had someone trying to outshout or out jack the other, hints the term jack master.”

Language is always evolving, but decades later, it remains Jack’s House. One thing is for sure, Jack is a force. As a force, we may never fully define it. It is the energy of House Music. You have to feel it and when you feel it and when you hear it, you know. Believe me, you will know.

Ultimately as in definition #10, Jack is everything. As in Music Is Everything! You have now completed the tutorial on the meaning of the House Music term, Jack. Now go Jack! 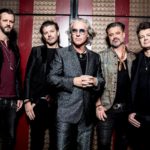 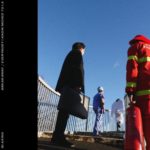 Glassio – “Breakaway / Everybody I Know Moved To LA” [Single Review]