Back in the 1990s, when every Norwegian church desired flame retardants more than anything else, black metal was wild, untamed and primal: an elemental musical (and ideological) force that eschewed virtuosity and mainstream acceptance in favour of emotional expression. If you factored in unemployment, safety pins and spit, you could easily be forgiven for confusing early black metal with punk, actually.

Thirty-odd years later and the nation of Chile has its own growing horde of underground nihilists spreading the raw black metal message under the banner of the “Pure Raw Underground Black Metal Plague,” with many of the associated acts enjoying the patronage of the label Inferna Profundus Records. Vampirska is one of these, but their story is less overdriven, high-gain violence and a more familiar change in the narrative… Just as the likes of Emperor, Cradle of Filth and Dimmu Borgir abandoned the earlier tropes of recording through whatever scrap equipment could be found in favour of fuller, more refined – and even symphonic – arrangements of their music in the second half of the decade, Vampirska is doing the same on Vermilion Apparitions Frozen in Chimera Twilight. Even the name of the album echoes the verbiage the stalwarts mentioned previously employed, with examples like “Anthems to the Welkin at Dusk,” “Humana Inspired to Nighmare” or “Grotesquery Concealed (Within Measureless Magic).”

The full album stream, courtesy of the label, in all its grimacing glory.

This is not to say that Vampirska has abandoned the bleak, icy tones of the genre – just polished the same frozen surfaces to obsidian mirrors. The lo-fi, grim façade the band presented on their 2020 full-length Torturous Omens of Blood and Candlewax is as dredged in gothic misery as ever, only elevated in its presentation. Whether it’s the dungeon synth overtones of “Dreamblack: Drowning in Anhedonia” or the driving, hypnotic rhythms of “Astral Transfixion: My Heart Devoid of Any Entity,” the guitar tone is razor-edged, giving the melodies the clarity they deserve, while the anguished vocal delivery is a strong counterpoint of untreated inhuman texture. See the introductory wails on “Five Hundred Sleepless Nights… Drained by Distress, All I See is Red…” as a shining example. The drum work occupies a middle ground, delivering a powerful structural core without taking up too much presence, but the treble-rich reverb does border on grating on headphone outputs – a phenomenon much mitigated by larger speaker setups and room spaces.

Overall, the evolution of the sound evidenced on Vermilion Apparitions Frozen in Chimera Twilight is not only a reinforcement of Chile’s three-decades-late mirror of the Scandinavian scene, but also a strong argument for a band taking their music more seriously than their image. I love black metal in all its forms, for both the music and the theatricality, for the lifestyle and the aesthetic, but I’m not strapping on nail gauntlets and leather every time I step out the door, either: Vampirska are demonstrating a more mature – and more accessible – attitude to the greatest form of musical expression in existence (personal bias included, apologies to journalistic integrity) and in doing so, are ensuring its longevity as well as their role therein. Even as long-time artists like Dark Funeral or Kampfar are releasing new music in 2022, with Vermilion Apparitions Frozen in Chimera Twilight Vampirska has a record that can stand alongside these in terms of quality of themes and music.

1. Dreamblack: Drowning in Anhedonia
2. Midnight_ An Illusive Vision into the Boundless Sky of Mourning Stars with Prominent Eyes
3. Astral Transfixion: My Heart Devoid of Any Entity
4. Pareidolia: The Bringer of Poison & Toxic Passion
5. Five Hundred Sleepless Nights… Drained by Distress, All I See is Red…
6. The Vampyric Condition: Romanticism & Mystique Masked by an Empty Face… to Never Be Seen Again… 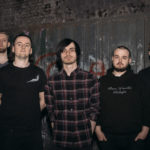 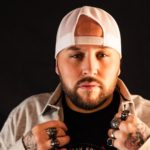