Time is flying, and so is Lundberg, back with another new episode of Uncontaminated Sound. This week, he is joined by Josh Caterer, lead singer, guitarist, and primary songwriter behind pop-punk quartet Smoking Popes. Celebrating 30 years together last summer, Caterer is joined in Smoking Popes by his older brother Matt, and younger brother Eli. The band had a very successful run of albums in the 1990s, two of which were released while signed to Capitol Records, who signed them after the indie success of their 1993 debut record Get Fired. After embracing his Christian faith after a dangerous cocaine overdose, Caterer disbanded Smoking Popes, while he invested his time in his church and doing work for the non-profit World Relief. Thankfully, Smoking Popes reformed in 2005 and have released four albums since then, the most recent being 2018’s Into The Agony.

Since the pandemic began, Caterer got quite busy, continuing to write, record and perform. He released the live solo album titled The Hideout Sessions early last year, recording live at the beloved Chicago club known as The Hideout. Now comes The SPACE Sessions, another live recording from SPACE, a small concert hall located in Chicago’s north side. This time, Caterer performed with bassist John San Juan of Hushdrops and drummer John Perrin of classic rockers NRBQ for a lively night of original songs, spanning Caterer’s catalogue, along with some truly unique covers of songs by artists like Etta James and Frank and Nancy Sinatra.

Regarding his chat with Caterer, Lundberg says:

“We’ve reached conversation #54, in which I speak to Chicago based musician Josh Caterer, known mostly for his role as signer/songwriter of the notable indie band the Smoking Popes. Although more recently he’s pursued a solo career.

Respectfully, releasing his entitled: The Space Sessions in 2022, and recording during those unknown days of the pandemic in which one never knew when live performances would happen again.

Josh and his crew recorded a full-length album in empty venues around the Chicago area, in attempts to emulate such acoustics, bringing to life the sound we all longed for when guidelines and a bit of fear held us back.

We discuss this process and much more. So, please enjoy #54 with Josh Caterer…” 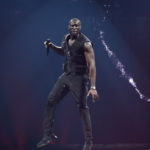 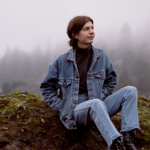 Jacob Miller Brings About Introspection on New Album ‘Around My Head’