The Lone Wolf, the brand new project from rock singer and songwriter Tommy Vext, has made a thundering debut with the new single “Trust the Science” featuring Topher, a Billboard-topping hip-hop artist and TikTok star.

“‘Trust the Science’ is for all intensive purposes a protest anthem. It’s a reflection of the damage that happens when people follow blind leaders for solutions that end up causing more harm than good. The song is also a homage to hospital workers and first responders who were unconventionally fired from their jobs for not participating in a mass medical experiment. We see you and we honor your integrity and sacrifice.”

According to a recent press release, Vext is best known for being the lead singer of Bad Wolves, Snot and a short stint as the fill-in lead singer for Five Finger Death Punch . . . In January of 2021 Vext was pushed out of the band he created over differences of opinions regarding his social and political ideologies. Not falling victim to cancel culture, Vext continued to create music, tour and use his voice to do things the way he wants, when he wants.” 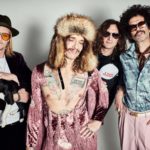 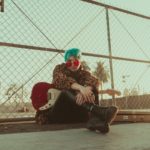