The collection features four cover versions; one each from heavy music’s pioneering icons; Metallica, Slayer, Megadeth and Anthrax. To celebrate the release of the EP, the duo have released their take on Metallica’s “One” which you can check out here:

With regard to their interpretation of “One”, Josh Rand comments:

The intro to “One” was the very first piece of music I learned on a friend’s guitar many years ago. And the fact that the song has really never been covered… it just made sense to me for us to cover this epic track.

I love that the melodies are haunting, and the lyrics are so dark. I was stoked to take a stab at it and paint a picture of how the songs feels to me.

THE L.I.F.E. PROJECT have also announced their debut live show, which is set to happen at The Riff in Springfield, MO on April 30th. Tickets are on sale now, grab yours here. You can also pick up a new Big F.O.U.R t-shirt design, along with signed copies of the duo’s debut EP on both CD and cassette format at the band’s online store. 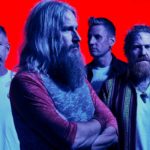 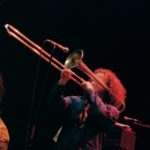