Vancouver Celtic punkers, The Dreadnoughts drop their latest, Saint Patrick’s Day-ready single, “Cider Holiday.” The fluid new drinking anthem is also a sampling of what’s to come from the band’s new recording, Roll and Go, which drops via Stomp Records on June 24th. The band’s upcoming fifth album was recorded at Factory Underground Studios in Norwalk, Connecticut where, in just nine days, they recorded and mixed the entire album.

Supporting the new single, and the green beer-inducing holiday, The Dreadnoughts will be headlining two nights at Vancouver’s Rickshaw Theater on March 19th and 20th—details below. 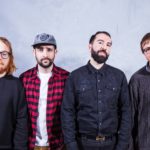 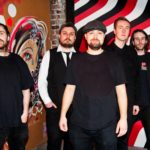