Norwalk, CT-based indie-pop band, Similar Kind recently debuted their new single and video, “I Don’t Wanna Fight Anymore.” The new single is the first of the year from the band who also have an EP due in late spring. Head below for the tune, single artwork, and a list of upcoming spring North American tour dates.

According to a recent press release, the song includes “…sparkling synths, slick bass licks, crisp guitars and bouncing rhythms all complimenting the fun vocals of Julia Breen. Lyrically the song is about a conflict with one’s own identity. It’s about the constant internal struggle of trying to figure out who you are.” 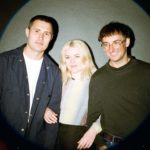 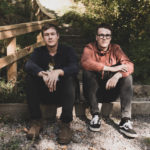 Stereo Six: Post-Rockers Oh Hiroshima on a ‘Myriad’ of Their Musical Influences