Shinedown uneveils another track, “The Saints Of Violence and Innuendo,” off their forthcoming album, Planet Zero, which drops via Atlantic Records on April 22nd. The song follows the previous single, “Planet Zero,” the title track for the band’s seventh studio recording.

In other news, Shinedown has also confirmed dates and details for their “Planet Zero World Tour” produced by Live Nation and featuring special guests Jelly Roll and John Harvie. Head below for dates.

“If we shut each other down and allow ourselves to be divided by the information we consume and the way we talk to each other, we lose our humanity. When you look outside of your phone, you’ll see there are so many people doing good things and trying to take care of each other. But we’re starting to see parts of society slip into an unknown. ‘Planet Zero’ was written for all of us. The fact is that we’re all here on this planet no matter what, so it’s time to actually move forward together with empathy, perseverance and strength. With that said….welcome to PLANET ZERO.”

KEY:
* with Pop Evil
^ with Ayron Jones
# with The Pretty Reckless and DIAMANTE
+ with Iron Maiden
~ with Jelly Roll and John Harvie 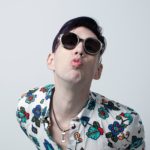 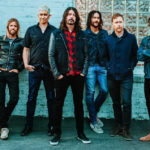