Pop-punk may seem like a simple enough formula, but there’s one clear ingredient that usually separates the pretenders from the contenders: energy. Frantic, frenetic, frenzied, it’s all there and more in the Ryan Stolinksi-led Proxy’s latest single “I Don’t Want To Die In New Jersey.”

With an accompanying music video to match its intensity, the song is both catchy and well composed, nicely combining the core elements and principles of pop-punk and easycore. The song is from Proxy’s self-titled EP, a must-listen for any fan of the genre looking to hear something a little more modern sounding.

Explaining the backstory and inspiration behind the song, Stolinski tells us:

“‘Don’t Let Me Die in New Jersey’ is about the longing feeling of wanting to grow past where you have been your entire life. Feeling bored of the old and needing new experiences. I wrote it from the perspective of someone who wants to die somewhere more beautiful and pleasant looking than a place they are no longer bound to. It’s the age-old pop punk theme of hating your hometown with a morbid spin.”

The brainchild of singer, songwriter, and producer Ryan Stolinski, you may think of Proxy as being a one-man band, seeking as he takes care of every aspect of his music, from writing to recording, to mixing, to playing every instrument on the new EP. From Philadelphia and now based in Nashville, Stolinski is a prolific musician, with a wide span of writing and recording projects always on the go. With Proxy, his primary goal is to keep that energy high, while offering up some insightful, oftentimes humorous lyrics about modern life. It’s the type of sound that gets you hyped up, and ready to jump around, with a good time to be had by all. 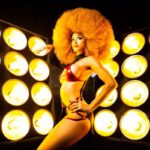 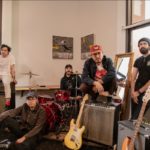