At the beginning of this year, one of the rising stars of Australian metalcore, Pridelands, released their debut album, Light Beds. An album packed with emotion and passion, listening to tracks like “Evergrowth” and “I Reach Into Your Heart,” these are clearly songs written from a hugely personal place. Following the release of the album, V13 sat down with Pridelands guitarist Liam Fowler to discuss some of those themes.

Liam Fowler: “Life has been pretty decent as of late. We’ve got our AU headline tour coming up, so we’ve just been tightening the screws up for that. Very excited to showcase some of the new songs at each of the shows. It should be very special.”

Light Bends is finally out. Given the last two years, how does that feel?

“It’s incredible, to say the least. It still doesn’t feel real, to be honest with you. The last three years of writing and preparing have felt like a minute and an eternity at different times, but yeah, our baby is out finally! It’s a once-in-a-lifetime feeling for sure.”

You said, “I never in a million years would’ve imagined that our debut album would end up this way.” What was your vision for the record?

“Our vision changed a lot in many ways, but primarily I think Liam was talking about the circumstances in which it all came together, which coincided with the way the record sounds the way it does. It was a very strange, challenging and sometimes downright impossible process, but it brought us so much closer as people and as a group of people who make music together. Very much a trial-by-fire type situation. I don’t think we’d change it in any way though, looking back.”

In terms of themes, can you talk us through some of the songs that mean the most to you?

“Thematically, for me, personally, at least, ‘I Reach Into Your Heart,’ ‘Evergrowth’ and ‘Safer Here’ are the songs dearest to me. I love them all, but those three are my babies. I feel like I was at my to-date peak as a lyricist in these three especially. They cover the topics of my greatest fears and weaknesses and reflect on some of the more pivotal moments in my time as a human being. ‘Evergrowth’ talks about someone in my life who’s been there since I was little, someone who was somehow too good at loving me, so ‘Evergrowth’ kind of goes into the theme of that actually being a possibility in an otherwise healthy and cohesive relationship. I used the visual cues of wild flora like ivy and constricting vines to illustrate how something beautiful can smother you, slowly, without you ever noticing.”

“‘I Reach Into Your Heart,’ ‘Evergrowth’ and ‘Safer Here’ cover the topics of my greatest fears and weaknesses and reflect on some of the more pivotal moments in my time as a human being.”

Recently you released “Antipathy,” a song you describe as the “angry” song on the album. You’ve talked about the inspiration behind the song; how did writing it help you?

“I suppose we all felt the same way about the subject matter. We felt it was necessary to channel that anger into something that reflected it. I’m certain that we aren’t the only band to have done that before, more than likely directed at the same subject.”

You’ve also talked about the subject inspiring the song dragging you down for so long. Why was that the case? And what prompted you to break that cycle you were in?

“Well, when you hang onto negative emotions for too long, they naturally take a heavy toll on your being. You can choose to carry that burden forever or expel it. The most cathartic way we felt we could do that was through artistic expression.”

“It’s about multiple perspectives, being on either side of extreme depression, coupled with substance abuse. On one hand, it’s you. You’re drowning perpetually. Unfortunately, too many people know how that feels and how hard it is to reach for help when you feel like the world is so much better off without you in it. The other side is the friend who can see the pain and turmoil written on the face of the one they love. They know that despite how hard they try to find that person deep inside of that pit and try to help them, they can sense the futility. They know the only way out for them is if they find it in themselves to escape it.”

Is the album a way of letting go or closing those experiences? Has writing this record been a cathartic experience for you?

“Yeah, absolutely it is. The whole approach for this record was supposed to be a cathartic release of all of those painful memories and experiences that shape us as people. From the start, we wanted to tell our own story in our own words and we came to accept that to do that, we had to let go of what people might think of the record and focus on what we thought of it. A lot of cycles were broken in our personal lives that truly needed breaking, and I think we’re all grateful that the writing process gave us that medium to do so.”

You’ve talked about hoping people connect to the subject matter on Light Bends. Has that been the case?

“It has, yeah! Like I mentioned before we wrote the record for ourselves, so after that, it was like “whoa, it’s done, this is everything I’ve wanted to say for so long and I’m in love with it”, and then we realized that it might not translate to our audience. Suffice to say that we were lucky in that regard and it seems to have resonated with people emotionally, which means literally everything to us. The people who gave the record a chance from point A to point B seem to have been especially impacted, which was more than what we could have ever hoped for when undertaking the project.”

“…all I could hope for is that there is some level of profoundness to their experience and that they can feel cathartic by exploring the lyrics and attaching their own meanings to them.”

If someone is to listen to the record and explore the lyrics, what do you hope they take away from it?

“I hope they take away something completely unique to them. Again all I could hope for is that there is some level of profoundness to their experience and that they can feel cathartic by exploring the lyrics and attaching their own meanings to them. The most integral records in my life have all made me feel like I was a part of it as a listener, and (perhaps somewhat counter-intuitively) I think those records achieved that by being unapologetically honest and self-reflective. I hope the themes of duality and the self vs the other shine through in particular since they were the more foundational thematic choices we made for the record early on.”

What have you learned about yourselves as people and as a band from the experience of reliving those emotions and writing this record?

“Too much to summarize now, honestly. We’ve grown so much as individuals and as a team throughout all of this. We had some major problems and being able to come together and address those collectively allowed us to grow closer than we could ever have imagined. Like we thought we were close before all of this, but we weren’t. Not in the way we are now. Reliving those emotions on the road is going to be intense, but that’s kind of the point. We express ourselves, then re-express ourselves in a physical sense on stage. It’s the reason I do what I do instead of going out and getting a career in a regular job setting and playing it safe through life. You can’t get what we get out of these experiences doing anything else.”

What is next in the pipeline for Pridelands now the record is out?

“What’s next for us is a hell of a lot of touring, assessing what’s next from a writing standpoint and then stepping it up again and again. We always want to keep learning and improving and giving those who come to see us a wonderful experience.”

“Appreciate you taking the time to chat and for the great questions, I love when people ask the more left of field stuff. It’s clear you did your research and I can’t thank you enough for it. Till next time!” 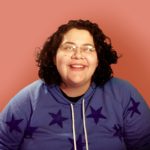 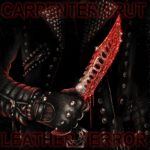