Following the success of previous singles “Savior”, “Hide The Beast” and “Face Of Evil”, which already have a combined and staggering 3 million+ views, the band’s greed has started to grow even further, to the point that they recently sold their souls to the Devil in order to reach a broader audience.

The Devil betrayed the band (to no one’s surprise!) and left the band to rot in their own greed until tomorrow when the band release their fourth, devil-fooling, single, “The Devil Smiles”, from their upcoming, second, full-length album Enduring Physicality, which itself is set for release on May 5, 2022.

Ahead of the release, we have an exclusive premiere of the video which features Swedish MMA fighters Samuel Ericsson and Camila Rivarola alongside the familiar face of Dragomir Mrsic who will be trying to give the other a pounding to avoid the flames of hell. Check out the video here:

Speaking to us about the single, Supreme Unbeing’s Zac Red told us: “I’m sorry to spoil it, there is no devil, the devil is a mythological character. Yes, there is good and evil in this universe, but the only devil that exists is the one within yourself!”

Continuing to challenge you to not only enjoy the music, sing and dance in ignorant bliss, the masked metallers ask you to study their lyrics closely to raise your level of self-awareness. “Don’t be a drone, explore your own thoughts, and explore this reality. You can be anyone you want, and achieve anything you want, no devil needed – Make Yourself Smile.” says actor Dragomir Mrsic (Snabba Cash, Edge of Tomorrow) who portrays different characters in the mini-series of videos Supreme Unbeing are leading up to.

For now though, the last word is left to vocalist Zac Red who concludes: “Remember this – you are not your body; you are your mind.” 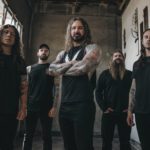 As I Lay Dying Announces “Two Decades of Destruction” Tour 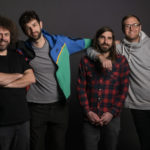