Canadian pop-punk rockers Pkew Pkew Pkew return with “Maybe Someday,” the lead single off the band’s just-announced new Jon Drew-produced album, Open Bar. Due out via Dine Alone Records on May 13th, the video for the lead single can be watched below.

“This song is about sharing a bedroom with [guitarist] Ryan to save money on rent. It worked for a few months because we both stayed at our partners’ houses, but when Ryan’s fiance moved to Edmonton, suddenly he was home all the time.”

Warne further comments on the album:

“Since we didn’t have a hard deadline to finish, we felt a lot more freedom to take our time and mess around in the studio. Jon is the kind of producer that is down to try anything, so we had lots of fun playing with trumpets, old moog synths, glockenspiels.” 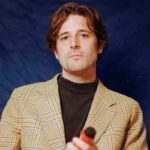 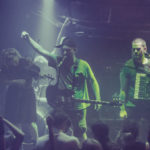