Ahead of their debut headline UK tour this month, Oslo’s VEPS return after a break through 2021 with their bitter-sweet new single “Ballerina (Norah)”. The track is the second taste of new music since their debut EP Open The Door dropped last year. The track comes with another stunning lo-fi, self-directed video and is out now on Kanine Records.

Recorded at Skogen Studios, Bergen and produced by Matias Tellez (Girl In Red), ‘Ballerina (Norah)’ is another beautifully vulnerable, hook-filled track from the teenage four-piece who continue to deliver with their raw, emotive indie-pop.

Speaking of the track, the girls said:

“We all know somebody who at times speaks loudly about stuff they really don’t know well enough, but that we really love nonetheless. ‘Ballerina (Norah)’ is a song about being blown away by the flaws of the people you hold close, and also about breaking through the armor we keep around ourselves.”

VEPS will play their first UK headline dates in March 2022, kicking off with a show at The Louisiana in Bristol on 11th March and play London’s Sebright Arms on the 12th March. Tickets are available here. 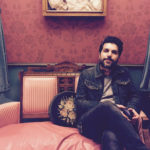 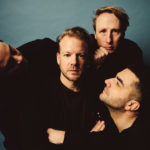