Despite personally making himself a pariah to the entire metal community, the (unnamed for fear of cancellation) Lord Voldemort of Norwegian black metal and deliverer of 23 stab wounds to Euronymous did make some undeniably powerful, stirring music in his heyday and, 30-odd years later, that influence is still felt. By way of evidence, I present Old Castles and their first full-length (following 13 splits, demos and boxed set releases), Sarcophagical Lament of the Past.

That description alone should prepare you for the album: thick, syrupy reverb threading through primal rhythms and inhuman vocals on top of a foundation of treble-rich, gain-heavy guitar bombast, plus a fair dose of funereal dungeon synth droning. Or in other words, raw black metal the way it should be – straight out of the early ’90s with less attention given to studio trickery than honest, impassioned performance. Sans the church burnings, murder and dubious political statements, though. If that kind of thing tickles your leather-clad, nail-studded fancy, read-on.

While the concept of lo-fi black metal may be lost on all but the most kvlt of audiences, it does enjoy its own special charm: the pomp and pretense that seem contrived to many are a balm to like-minded souls and the ferocity and virulence of the musical delivery offer cathartic relief to the troubled. The simplicity of the recording process lends an authenticity and immediacy to Old Castles that mirrors the sweat-drenched, smoke-hazed live experience (despite many bands in this genre including their unnamed progenitor never performing live) and, by extension, provides a welcome reminder of days gone by when insidious little viruses and politicians didn’t force closures and cancellations on a global scale.

While the whole record works as an individual entity, there are highlights: “Sacrilege from Diabolical Twilight” is hands-down my winner, purely for the vocal delivery. It’s guttural, anguished and haunted – like any good raw black metal – but more than that, it’s unstoppable, rolling across you in tide after tide of palpable venom, until you inevitably drown in the densest arrangement on the album. “Carved in Funerary Bones” deserves special mention as well, though, for the offset and downright disturbing disconnect between the main melodic theme and the bass presence. All told, the almost physical response to the discordance is a powerful trigger.

Add to that the high-contrast, heavily grained xerox effect of the cover artwork and Sarcophagical Lament of the Past is less an acknowledgement of black metal history than it is a goddamned time machine. Artists like Mork or Nordjevel may have revived the overall aesthetic and sound of early second-wave Scandinavia and brought it back to vital life, but Old Castles is a putrescent revenant leaving decaying scabs across the genre.

A vehement horns up to Inferna Profundus for the full album stream.

This is not the first time I have reviewed material by Old Castles (check a previous feature here), nor even the first time I have accused them of Hvis Lyset Tar Oss worship. Since then, they have shifted far more towards the metal misanthropy end of the spectrum than that of dungeon synth atmospheres, but the end result is no less enjoyable. Forget the orchestrations of Dimmu Borgir, the intelligent arrangements of Satyricon or the progressive elements of Enslaved; you’ll find none of their clarity or control on Sarcophagical Lament of the Past, but the untamed malevolence on this record will more than outweigh its tinny drums, a lack of low-end in the final mix or dissonant texture.

Sarcophagical Lament of the Past Track Listing: 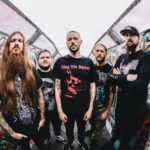 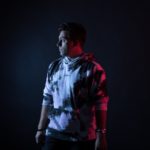