Bad vibes come by the dozens these days, so it’s no wonder that the topic is finding its way into the minds and the work of our artists and songwriters. This said Niagara Moon has got some thoughts on the situation today with the premiere of their new music video for “Bad Vibes,” the first single off of their forthcoming album Good Dreams.

The alter ego of musician Thomas Erwin, Niagara Moon serves up a tasty mix of baroque pop, folk-rock, and experimental indie rock, as Erwin explores some weighty topics with the trademark levity that makes him such a dynamic young artist. “Bad Vibes” considers how fear can often make way for the consumption of misinformation, which has become one of the most significant challenges of modern society. There’s a lot to feel uneasy about with the world being in the place that it is, and “Bad Vibes” acknowledges these fears and what they mean to us.

“Alone at night with your thoughts, cut off from the world? You can reach some pretty dark conclusions. But don’t let those ‘Bad Vibes’ creep in… They’re not real – or are they?”

Like many records that have recently been released, Good Dreams was made while Erwin was alone, stuck in quarantine. When insomnia overcame him, thanks to his new reality of isolation and uncertainty, Erwin thought back to a simple but effective sleep assistant that worked for him when he was a child. Back then, when he was having trouble falling asleep, he would imagine, in big, puffy, colourful letters, the words “good dreams.” Most of the time it helped, and it helped contribute to a “mind over matter” theme that recurs frequently over the course of the album’s dozen tracks.

Musically, Good Dreams is a very vibrant record, almost like a technicolour storybook of sound, the opposite of the more conventional arrangements that the band utilized in the first few years of their existence. Niagara Moon is musical escapism at its best, a fusion of sounds, and a reprieve from all the “bad vibes” out there. 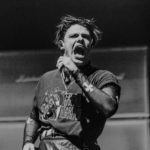 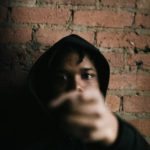