Here’s a quick round-up of all the latest news from around the world of music and entertainment including a brutal new track from Kublai Khan TX, a new song from alt-rock crew Nothing More and a disgusting new cut from old school death metal filth merchants Static Abyss. Dig in…

Kublai Khan TX will release their new EP, Lowest Form of Animal, on 1st April via Rise Records and, have just shared the visualizer for the brutal “Taipain.” Following the release of the EP, the band will hit the road with Knocked Loose, Movements, and Koyo. More info on that right here.

Manchester band Hot Milk, fresh from touring with Pale Waves, have revealed their new EP, The King And Queen Of Gasoline, will see release through Music For Nations on August 5, 2022. To celebrate the news, the duo have shared their raucous new single “Bad Influence” and, speaking about the single, Han Mee explains “we’ve been told we’ve been a bad influence since we were kids, so u know what, maybe we are? but it’s only coz we have a thirst for life n go against the traditional.”

Static Abyss, the band featuring Autopsy’s Chris Reifert and Greg Wilkinson, have announced their debut studio album entitled Labyrinth Of Veins will be let loose on Peaceville on April 22, 2022.

The duo has premiered a new lyric video, created by Matthew Vickerstaff, for the album’s title track. “‘Labyrinth Of Veins’ slowly crawls evolving into a cacophonous wall of gloom. Unlike Jawbone Ritual, this track remains slow and evil from front to back.” explains Greg Wilkinson.

Meg is also set to support My Chemical Romance on select tour dates for their just-announced reunion tour. Meg will be joining them for 7 select shows including one direct support act in Los Angeles. Tickets for the tour are on sale now.

5. Nothing More return with new track “Turn It Up Like”

Multi-Grammy-nominated rock act Nothing More has released their new song “Turn It Up Like,” via Better Noise Music, giving fans the first taste of their long-awaited new studio album. The new track comes ahead of the album’s official first radio single, which is set for an April 29th release. Following the release, the band hit the road with Asking Alexandria for a tour that kicks off in Kansas City on May 13th.

6. Baabes release video for new single “Too Cool For Pants”

Boston’s own garage punk-n-rollers Baabes are celebrating the news that their self-titled new album will see release on April 22 via Riot Records, with the release of a new video and single for “Too Cool For Pants.” The single follows the 2021 release of “Greaseballs to Glitters” and “Bad Boy Worse Drugs” via Riot Records.

7. Millie Manders & The Shut Up release video for new single “Not OK”

Millie Manders and The Shutup have announced that their new single “Not OK” will be released on April 8th. The single coincides with their support tour with Less Than Jake throughout the UK and Ireland which kicks off this week, along with their headline tour in May and June. 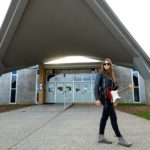 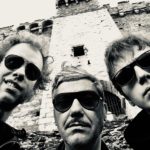 An Interview with Bone on Seventeen Years of The Anomalys