Would it be too obvious and clichéd to say that this song is straight “Fire?” Probably, but we’re going to go with it anyway because we can’t think of a better way to describe Muunie’s new single and music video. From her debut EP, Ele.mental, the song is an emotional power pop ballad about losing yourself in a relationship, and the video is reflective of this theme, featuring the singer and songwriter engrossed in the physical grasp of a love interest.

“Fire,” as well as the Ele.mental EP itself, represent a lot of growth for Muunie (pronounced -mony as in the word “harmony”), both personally and professionally. It tells the story of the ending of a destructive relationship that translates into an entire personal transformation where left to reflect and grieve, a person discovers power through a vulnerability which helps them assert themselves individually.

Commenting on the backstory that inspired her to write the song, Munnie tells us:

“I wrote ‘Fire’ in the wake of a toxic relationship. Our connection was intense and all-consuming. I mistook that intensity for compatibility and wouldn’t let go. I thought if I could hold onto this person, it would solve all my problems. I was so fixated on this fantasy, I lost sight of reality. My desire to merge with this person was actually a desire to escape myself. I swallowed my needs to try to make them happy, but it didn’t work. When it finally ended, I had to face myself and pick up the pieces.”

Interestingly, outside of her career as a songwriter and musician, Muunie is a life coach who helps others navigate their lives and their problems. Considering the theme and tone of her music, it’s really not that surprising that she is interested in helping others grow and better themselves. For Ele.mental, her attempt was to create an individual sonic and emotional palette for each song, while weaving them together into a cohesive circle. The elements are metaphors for human emotion and the “seasons” represent the stages of life we pass through. “Fire” represents fall, or change and transformation, “Water” is winter, or death, despair, and letting go, “Earth” is spring, or growth and renewal, and “Air” is summer, or freedom and sweetness.

Writing this EP really helped Muunie grow and evolve in so many ways, and it’s her hope that you, the listener, can find similar value in these impressive new songs. 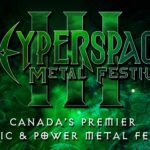