Check out the new single/music video for “the List” by Victor Mucho, the indie-folk project from Brian Macdonald, better known for his work with the multi-Platinum band Judah & the Lion. The song is taken from the forthcoming solo debut recording, Moonlight in Visby, which drops via Tone Tree Music on May 13, 2022. Previous single “so terribly hurt” may also be heard/seen below.

The thirteen-song Moonlight in Visby was on the remote island of Gotland, Sweden and is produced by Swedish Grammy-nominee Tobias Fröberg (Peter Bjorn and John, Ane Brun). Commenting on the new single, Macdonald states:

“When I lived in Sweden, I took my pup to a dog-meet-up near the ocean every morning at 830. It became my routine, an important way to start my day, and the locals at the park became my community. The song, ‘the List’ was written in the morning before the dog-meet-up, while I was making my to-do list for the day. If I had to sum up the song, it starts with a list of typical things we did in Sweden, and then ventures into a more subconscious list of getting to know the ways my partner has changed, but how my love for her remains the same.” 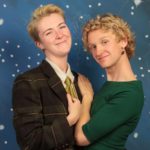 Jacklen Ro Premiere Their Love-Filled “Life Without You” Music Video 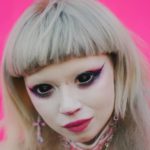