It’s a busy night at the various venues that make up Manchester Academy with the main hall playing host to Funeral For A Friend and ’80s pop band Altered Images playing at the Academy 3. Further down the road, at the Club Academy, US symphonic blackened deathcore favourites Lorna Shore are making their long-awaited return to the UK and this room is very sold-out.

First up are Danish slammers Cabal who are making their first appearance in the UK and, judging by the fact that their frontman ends the set crawling atop of the crowd, they have loved every minute of their UK debut. Moshy, groovy deathcore is what the Danes dish up to the black t-shirt clad masses gathered on the dancefloor. Simple but effective, the Danes are the perfect appetizer for the rest of this evening of brutality.

Next up are Distant, from the Netherlands, who have been peddling their downtempo filth since 2017 and have hopped on this tour to support their crushing 2021 album Aeons of Oblivion. Fronted by a man with a serial killer stare and a voice equally as terrifying, their strobe-laced ferocity is suffocatingly dense and, being pummelled by this in a room the size of the Club Academy, is an intense experience to say the least.

The fact that multiple venues on this tour, including this one, have been upgraded multiple times and are still showing sold-out signs on the doors is a testament to how ridiculously popular Lorna Shore has become in the last eighteen months. Tonight is the first date of their long-awaited UK run and, for just over forty-five minutes, the band show exactly why they are fast becoming one of the hottest names in extreme metal.

A good part of that popularity is surely down to their frontman Will Ramos who may still be the “new boy” in Lorna Shore but, when he announced his entrance by screaming and gurgling his way through “To The Hellfire,” his first single with the band, it was obvious that, even that early in the partnership, Lorna Shore had found themselves a true star. With a voice from hell itself, Ramos is an utterly captivating frontman on stage as he stalks the stage howling like a man possessed and very much lives up to the reputation he is gaining as one of the top frontmen in the genre.

Taking to the stage and powering through the three tracks on the EP one after the other, the band then plunder their back catalogue for five more tracks including “Death Portrait” and “This Is Hell” both played with the same pristine delivery they are on the album. Ramos’ demonic vocals aside, it would be easy for the dramatic symphonics and the frantic guitar work to get lost in this kind of venue but, to their credit, every note is delivered with ridiculous accuracy. Beautifully haunting but ferociously heavy, the band make it all sound so simple as they replicate their recorded work note for note on stage. 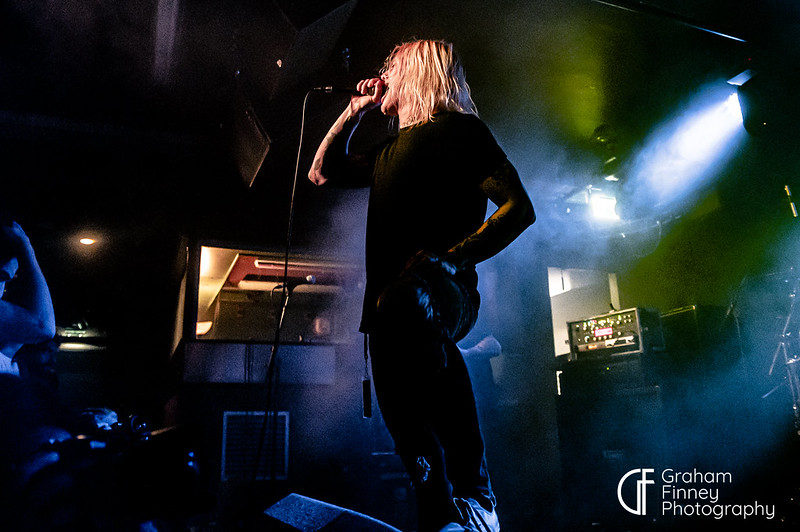 Then, after a short six songs, the main set comes to an end with a thunderous “FVNERAL MOON” before “Immortal” brings this night to a premature but epic climax. All too soon the band are heading back to the dressing room having shown precisely why they are fast becoming one of the most talked-about extreme metal bands on the planet while leaving this sold-out crowd on the first date of their UK tour, clamouring for more. 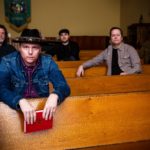 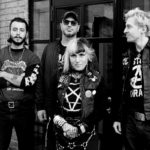 Women of Rock: Maldita’s Rosa Venenosa on Her Vocal Inspirations