Norwegian avant-garde metal heavyweights Leprous are in the midst of a 5-week run in support of their latest release Aphelion! They’ve brought German progressive metal legends The Ocean (also known as The Ocean Collective) along with them for the ride, which sees the two bands playing intimate venue settings across the USA and Canada! We caught up with the tour at the start of its second week as it came to play for a nearly sold-out Brighton Music Hall in Boston on March 8th.

The venue was crammed full of excited fans well before The Ocean appeared on stage, which was understandable given that, before this tour, the band had not played a show in America since 2016! Now some six years later, fans were getting to hear tracks from the band’s hit double-album exploring the nature of deep time, Phanerozoic I: Paleozoic and Phanerozoic II: Mesozoic / Cenozoic. The crowd cheered as the lights turned down, and the opening notes of “Triassic” rang out. Soft meandering melodies turned melded with the dulcet tones of frontman Loïc Rossetti‘s voice before taking a turn for the heavy as he throatily growled “A sole survivor, you’ll carry the flame!”

They followed up this eight-minute number with the nine-and-a-half-minute track “Silurian: Age of Sea Scorpions,” a song that spirals from the light and ethereal to the bone-crushingly heavy. At one point, Rossetti stepped across and onto the barricade and rode atop the crowd for the first of several times this night, while barking out the lyrics and delighting the audience below. On this and the rest of the set, the band sounded completely flawless and even better than their recordings. They are such an impeccably tight live band, it was really something to behold! But alas, all good things must end, and The Ocean ended their set that night with one of their longest songs (if not their longest song)—and certainly the longest on their double album—“Jurassic / Cretaceous.”

Many bands would’ve had a hard time following a set like that of The Ocean, but Leprous seemed up for the challenge, bringing some newer material right from the start, with “Out of Here.” Frontman’s Einar Solberg’s vocal range is just absurd, and his airy gentle, and often angelic-sounding voice did not miss a single note as the band continued into frenetic proggy number “Illuminate,” off of their 2017 release, Malina. 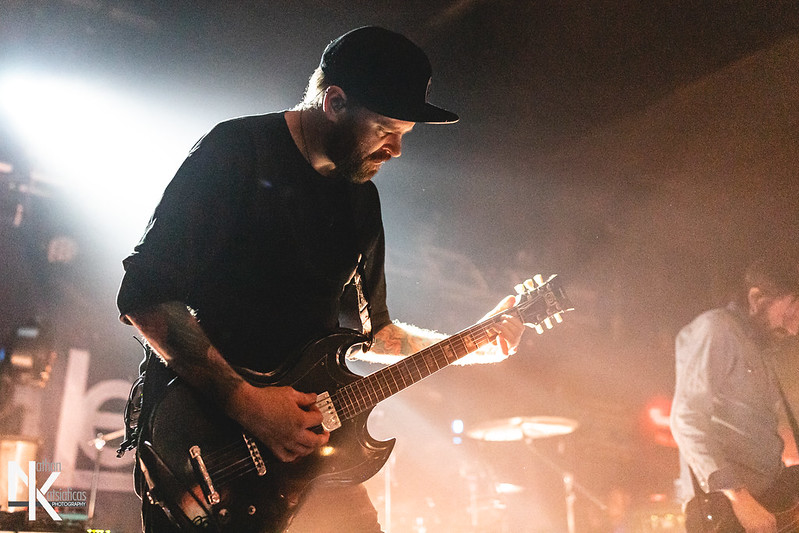 Leprous, much like The Ocean, are just ridiculously tight in their execution, be it on old material or new. And while they did play quite a few tracks off of their latest LP, including infectiously catchy track, “The Silent Revelation,”—which was a definite highlight of the night—as well as “Running Low,” “Castaway Angels,” and “Nighttime Disguise,” they also threw in a bunch of fan favorites. These included mega-hit “The Price,” which saw quite a bit of audience participation (at least from those who could lift their jaws off off the floor long enough to sing).

The group ended the night with two more favorites, “Slave” and “The Sky Is Red.” If you haven’t had the chance to catch this tour yet, you’re in luck! There are many more opportunities to see both of these incredible progressive metal bands live—peep the remaining dates below. 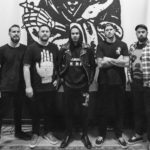 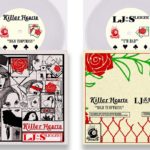