The Korean-Australian rap five-piece, 1300 (pron. one-three-hundred), have debuted their new single and video, “Rocksta,” taken from their forthcoming debut (and self-released) mixtape, Foreign Language, due on April 29th.

According to a recent press release, “Following previous single, ‘Oldboy’ – complete with a video in homage to the iconic 2003 Korean film –  ‘Rocksta’ is a skittish, arpeggiating number that throws furious techno alongside broken, chopped beats as each rapper dribbles across single note verses that descend with shrieking fury. Over 3 minutes, 1300 run laps in production styles, footnoting kicks, slips and diced up cuts from Death Grips to Charli XCX, Yaeji, Nicolas Jaar, and Ye – indicative of their eclectic prowess behind a set of DJ decks.”

Commenting on the track, the group states:

“[This is] the song that will turn YOU into a Rocksta. Reject mediocrity and embrace the chaos! Guaranteed to get your head bopping and face scrunching. We definitely wanted the hook to be in Korean, and we liked the words ‘chung bhaji’ (ripped jeans) so that’s where Rock Star came from – Rockstas with rips on their jeans.” 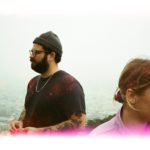 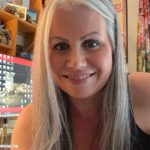