It goes without saying that when Ghost announces a new record is in the works, their ravenous fans go through several emotional states—from the delight of new music on the horizon to anticipation of what new live performances might include fearing that a band held in such high esteem may not deliver the standard expected of their devotees. For the more obsessive fans, the period between the announcement and the album’s subsequent release is akin to a small child waiting for Christmas morning.

Like past recordings, Impera manages to merge styles in a grandiose way that don’t quite meet the expectations of those genres. They sound gothic without sounding like a goth band, there is an epic air to their music that could command a stadium rock show while not quite being a stadium rock band. In all honesty, I’ve always found it challenging to pigeonhole Ghost into a genre and, for anyone that does, I both agree with their assessment but disagree as they don’t quite meet the definition.

So, to the record itself! Impera opens with the instrumental piece “Imperium,” a slow build of a track that gradually grows in grandeur but not to the point of explosion. That honour is reserved for “Kaisarion.” Starting with a clear-sounding riff and snare drum beat from the Nameless Ghouls, a guitar slide is then accompanied by the perfectly toned wail from Tobias Forge’s current persona, Papa Emeritus IV, that raises the tension of the tune as the rest of the Nameless Ghouls chime in. The track has undertones of ’80s hair rock, but as mentioned previously, without actually fully embracing that sound. In a word, it’s epic, and it would have a home in that era, but confuse the hell out of everyone who’d listen! Following on we have “Spillways.” Once again it has tendencies to slide into the ’80s, but this time feels like it could have been a theme song for a movie or TV show of the time.

The next few tracks, “Call Me Little Sunshine,” “Hunter’s Mood” and “Watcher in the Sky,” are all the standout songs. They are as close to a generic Ghost track as you can get (whatever generic means when it comes to Ghost!). They all have that element of gothic doom to them, again without being considered either a goth or doom band. The riffs are sharp, the bass is deep, the drums are thunderous and Papa Emeritus IV, as usual, delivers his lyrics like a sermon to his congregation of devoted followers!

It’s, sadly, at this point Impera feels like it has delivered the best it has to offer. Please be aware that in no way am I saying that the forthcoming tracks are bad, far from it, in fact, they are all fantastic in their own ways, from the theatrical aspects of “Twenties” to the prog-like closer of “Respite on the Spitlefields,” but nothing quite meets the spectacle of the opening first half.

Impera is an exceptional album and continues to demonstrate that Ghost can write the most bombastic-sounding tunes and, despite my minor nitpicking flaws (brought on by the record’s exceptional first half), should be hailed as the masterpiece it is. If you weren’t previously convinced that Ghost is a band of biblical proportions, Impera will change your mind, or at least start to sway you towards that way of thinking. two maybe three more records and it’s entirely possible that Ghost could reach a religious status in the minds of their fans with Papa Emeritus IV leading the pilgrimage across the globe via Ghost’s dramatic live shows! 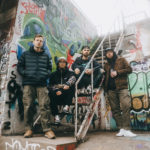 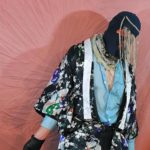