Four years in making, Voyeurs In the Dark is Toronto artist Barzin’s fifth studio album. Having spent several years composing the soundtrack for independent film, Viewfinder, the album finds Barzin take a more cinematic and conceptual approach than that of previous albums.

As well as conceptually, Voyeurs In The Dark infuses the music with elements taken from Jazz, electronica, rock and pop. Having primarily explored the quiet side pop and folk in his previous four albums, Barzin has expanded his musical palate, broadening his sound towards a more an experimental direction, while still retaining his preoccupation with exploring the internal landscape.

Voyeurs In the Dark will be released worldwide on Monotreme Records on April 22, 2022 digitally, followed by physical releases on CD and 180 g black vinyl on May 6th, 2022. Pre-orders of vinyl LPs or CDs from the Monotreme Records web shop will also include a free limited edition 27-page booklet of poems by Barzin, Playboys in the Holyland.

Ahead of the release of the album, we are premiering the new single “Watching”, with Barzin explaining the inspiration behind the song:

I’m interested in the concept of voyeurism. I think humans are deeply voyeuristic. You just have to look the popularity of Facebook and Instagram. People are literally looking into other people’s lives every second. But I’m also interested in how we look at ourselves as objects of fascination.”

To find out more about the world that inspires this intriguing artist, we spoke to the man himself about his work, his inspirations and more.

Thanks for premiering your new video for “Watching”, what can you tell us about the inspiration behind the song?

Barzin: “Thanks for speaking to me about the album and for premiering the video. It’s always difficult to pinpoint what really inspires a song or a track, but if I tried to retrace my steps, I would say that maybe the muse arrived after I watched the film A short Film About Love by the Polish director, Krzysztof Kieslowski. The theme of looking runs throughout the film. It is about a young man who becomes obsessed by a beautiful woman who lives in an apartment across from him. He begins to watch her every night from his apartment. It is a very powerful film that deals with the themes of fantasy, desire, and voyeurism. So, I think that was the jumping point for me.

I’m interested in the concept of voyeurism. I think humans are deeply voyeuristic. You just have to look the popularity of Facebook and Instagram. People are literally looking into other people’s lives every second. But I’m also interested in how we look at ourselves as objects of fascination. I’m actually more interested in voyeurism that is turned inwards onto ourselves, and the function that it can serve us. In this particular song, I feel I was trying to use the act of watching and looking as a vehicle to rummage inside myself to search for evidence that I have existed and have made an impact in the world. It’s a bit of a soul-searching song.”

If you could spend a day in any location just watching life pass by, where would it be and why that location?

“I do love wandering through cities I’ve never been in, especially European cities. I remember the first time I went to Barcelona, there was something about its narrow streets. I was quite taken by them. The more I have travelled through Europe over the years, the more I have come to appreciate the way it has been built. Give me a street in Italy, France, Portugal, etc… and I can walk it for days.”

The single is taken from your new album Voyeurs In The Dark, what can you tell us about the album?

“For a very long time now, I’ve been obsessed with the concept of the Self. Those early questions about identity and who one is, which I was wrestling with during adolescence, have not gone away for me, and I have continued to grapple with them. Over the past 6-7 years, my conception of what the Self is has undergone some changes. I used to hold the view that an authentic self resides at our core, and we just need to get in touch with it. This is the place where I was trying to write from when I worked on my last four albums.

But by the time I started working on this new album, this idea had shifted for me. I was starting to see the Self as having multiple parts. There was no longer just one Self but many. And so, I became interested in giving voice to all the different aspects of myself on this album. I wanted to create a space for all the various parts that held contradictory and opposing views. So, I really made an effort to decentralize myself. Rather than presenting the whole. I wanted to present the fragments. I think these lines by the Portuguese poet, Fernando Pessoa, sums up what I was trying to go for in this album:

In every corner of my soul

there is an alter to a different god.”

The album has been four years in the making, did your vision for what you wanted the album to be changed during that time?

“I think the amount of time it takes me to finish an album is the same amount of time that it takes me to outgrow an album. This pretty much captures my creative path. By the time I finish an album, I seem to be standing where I don’t want to be standing anymore. It’s a bit of a creative dilemma, and one that I don’t know how to resolve. So, to answer your question, yes my vision changed over this period I was working on the album. This album feels like it was made during a specific mindset. You know how you always hear about certain albums that were made because the band was in a particular city and were experimenting with a certain drug – this is how this album lands for me. It belongs to a time and a place, and I don’t know if I’ll ever make anything like this again. But I’m glad I did it. I felt I needed to take the steps I took with this album.”

You’ve spent the last years composing the soundtrack for a film Viewfinder. What did you learn from that experience and how did working on a soundtrack change the way you wrote and recorded your own music?

“I really loved working on the soundtrack. It’s a very freeing experience. When you take singing out of the equation, it feels like everything opens up. You can do anything you like. The technology is changing at such a rapid speed now. The tools and sounds that are available to musicians just keeps getting better and better. I know it’s changing the way I write, but I still can’t put my finger on how it’s changing it. But I do feel it’s planting the seed in me to make an instrumental album one day down the road.”

Now that you’ve taken your music has headed in a more conceptual direction, where do you see it developing from here?

“Brando cautioned Johnny Depp not to take on too many roles. He believed that you only have so many roles in you, otherwise you are going to water down your work. That has always stayed with me. I feel that I too only have a certain number of albums in me. I think I might have one or two more albums left in me.

Making albums is such a strange endeavour. You start in one place and you end up somewhere completely different. I have some faint ideas of what another album might sound like, but it’s really hard to predict whether that will end up being the case. At the moment, I keep hearing multiple voices being part of my next album. Not so much a choir, but something involving three or four voices. I don’t know what that means or how that will sound. That’s as far as I’ve gotten. Who knows if I’ll actually make it. By the rate I’m going, it won’t be for a very long time. Let’s just hope that the world is still around if I do decide to take a stab at it.

Thank you for giving me the space to talk about all of this.” 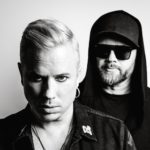 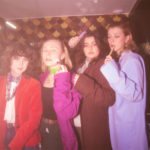