UK newcomers Casket Feeder have revealed details of their debut album, Servants Of Violence, which is set for release on May 20th. The band has also dropped the first single, “Vulture Culture,” along with a video providing a taste of things to come, check it out below.

Blending the chainsaw fury of Swedish death metal with UK hardcore’s sledgehammer groove, Casket Feeder is a punishing trifecta of brutality, rage, and power and the debut album promises to be one of the strongest underground metal releases of 2022.

Described as a musical progression from their critically-acclaimed Scalps EP, the album, produced by Stu McKay (Malevolence, Ingested) and mastered by Brad Boatright (Gatecreeper, Skeletonwitch), and with artwork provided by Roberto Toderico (Pestilence, Vomitory), takes aim at the proliferation of cults in their various guises around the world, be they religious, political or media-based, and how they are contributing to the demise of civilization.

Catch the band opening for Napalm Death in their hometown Milton Keynes on Saturday 26th March, alongside Raging Speedhorn and Cage Fight. 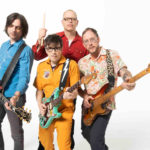 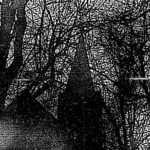 Old Castles – ‘Sarcophagical Lament of the Past’ [Album Review]