Are you “Feelin’ It?” If you’re not, you will be after taking a listen to White Label Analog’s latest single. Released in January, this is the band’s first new song since the release of “Everyone Knows” in 2018, ending a long gap in between new material, and giving their fanbase a reason to get stoked again.

It’s not as if the band members were resting on their laurels for three years, though; with the uncertainty and instability instigated by the global pandemic over the last two years, it made it impossible for the group to actually convene, let alone get inside a recording studio. Once they were able to hit the studio, the guys got right back into their element, producing a song that’s fun, cheerful, and full of positivity. White Label Analog exploded in 2016 with the release of their debut full-length In Case You Just Tuned In, and they are intent on regaining that momentum as they move forward into a new year and a new era.

It’s no secret that the band’s hometown of Austin, Texas is one of the most musical cities in America. Coincidentally, it’s also known as one of the best cities in the country for restaurants and good eating. In turn, the members of White Label Analog have checked in today with their Top 10 ways of indulging in the city’s best bars, restaurants, and local, up-and-coming musical acts.

Home style cooking with a side of ‘Feelin’ It.’

Goes great with ‘Feelin’ It.’

Will satiate your thirst while ‘Feelin’ It.’

Lullaby skies with a splash of ‘Feelin’ It.’

Bouquet of flavours topped with ‘Feelin’ It.’

Muddle and shuck your way until you’re ‘Feelin’ It.’

3.
– Bar: Seven Grand… because we like whiskey, and they have lots.
– Restaurant: Musashino… Texas roadkill, please.
– Emerging Artist: Bayonne

On the rocks or neat, always ‘Feelin’ It.’

Pairs nicely with ‘Feelin’ It.’

Rinse and repeat… all to ‘Feelin’ It’. 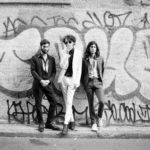 It’s Man vs. Guitar on Lovechild’s “Know that You Love Me” Music Video [Premiere] 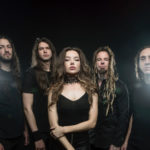