Alt-pop artist WAJI delivers an epic collection of four infectious heartbreak anthems in their new EP, The Pity Party, out now. The tracks on the EP provide four different instances of failed romance; at its core, The Pity Party is a dynamic statement in spite of the season of love that can be such a painful time for many, especially those dealing with a recent heartbreak.

For the artist, “[they] compiled it in hopes that heartbroken people wouldn’t feel so alone after hearing WAJI’s struggles.” Each song on the EP captures a vivid story invigorated with energetic pop beats. Producers Don Ozi and Enjahn collaborated with WAJI on this project, as well as mixing engineer kamenmakesmusic. WAJI poured themselves into each song on this EP in order to process the hardships recounted by each of the melancholic tracks.

The EP opens with lead single, “BMH,” which tells a heartfelt story of liberation from an abusive relationship with cascading pop instrumentation and a passionately anthemic chorus. For the artist, BMH represented an escapist fantasy in which they had the strength they needed to leave the reality of their abusive relationship. The second track on the EP, “Grieving,” reflects on the harrowing experience of devastating heartbreak. WAJI’s sombre lyrics intertwine perfectly with the harmonic tension that builds from airy synths and stacked background vocals.

“HEA” (Happy Ever After) was added to the tracklist towards the end of the project. This energetic pop track – a striking collaboration between WAJI, Enjahn, and Don Ozi – quickly became one of the artist’s favourite pieces on the EP. In this story, WAJI is portrayed as the “nice guy” who desperately tries to “woo” their love interest, but ends up getting ditched for the “bad boy” with a motorcycle and leather jacket. The final track on The Pity Party, “WNB,” is the only track written and produced independently by WAJI. “WNB” tells the story of a romantic conflict rooted in lack of trust, and explores the argument from both perspectives. After the beat switches up following the second chorus, listeners get to hear the perspective of one of the lovers defending themselves against allegations of infidelity 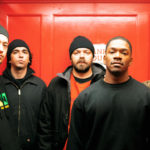 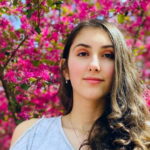