It was a gloomy and rainy night in Dallas, Texas when Tyler, the Creator’s much-anticipated “Call Me if You Get Lost” tour finally came to town. Coming off the high success and high critic reviews regarding his album of the same name meant this tour had a lot of hype around it and expectations were revved up. Will it succeed, or fail? That’s the question that I’m hoping to answer in this review of the Dallas gig.

The first performer of the night was Texas native, Teezo Touchdown, who I honestly didn’t know much about besides him having a literal head full of nails (he literally has nails in his hair). His set was definitely one of the most unique I’ve seen in a while. For his stage set up he had a theme that looked like something out of a construction site.

He also wore a hard hat and had a hype man with him as well who also wore that same type of clothing. He and his hype man also had on these pairs of jeans that had the middle sections cut out. You’ll have to see the photos to really grasp the image they had. In regards to his music, I really wish I would have dove into it so I could have known it better. I wasn’t really into it, but I could tell the crowd was.

For the concert, there were two stages. One main big one, and one smaller one which was on the other side of the arena. That’s where the next artist, Vince Staples, played at. I’ve been a fan of him for many years so I was very excited to see him live. Even though it was a smaller stage Vince owned it and gave one hell of a performance. You could really tell he is a master at his craft with how he was moving, and flowing on stage. I can’t wait to see where he goes next with his career.

The third act of the night was a Kali Uchis who is a Colombian-American singer and songwriter from Alexandria, Virginia. As the first act, I wasn’t really familiar with this artist, but I had an open mind and was ready for whatever she was going to bring to the table. She performed with four backup dancers who were all tightly covered in red lace jumpsuits. One could really tell all the hard work and dedication the backup dancers and Kali poured into getting ready for this tour since they were all so in sync. It was quite a beautiful performance. Sonically, it also sounded great and set up a fantastic vibe for the night.

Finally, it was time for what everybody had been waiting for, Tyler, the Creator. It’s hard to put into words what a Tyler, the Creator show is. It’s like a Wes Anderson film if it was made by a mad scientist fueled by chaos. The set starts off with Tyler rapping from out of a sunroof of an old-school-looking car with a driver in the front. After he gets off the car, it’s go-time! 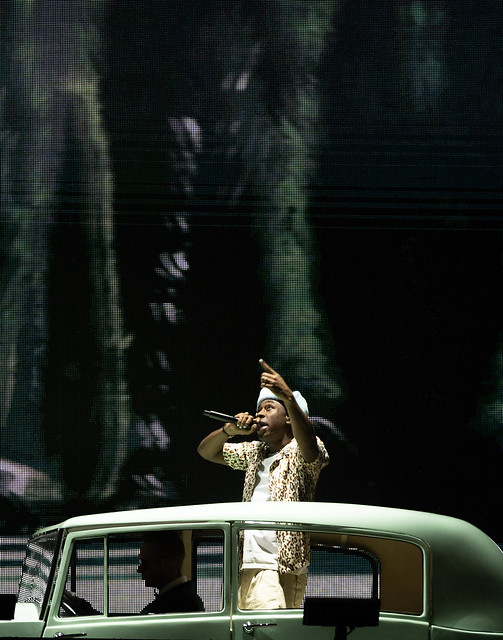 He’s spitting bars and moving all over the place like someone who’s just had 10 shots of espresso and Monster combined. Pyrotechnics are also going off above him, and the whole crowd is going absolutely nuts. Also, did I mention that his stage setup and design is basically the front of a mansion with actual stairs, and a balcony that he can access? It was a very impressive set design.

There’s also a boat, which Tyler rides on from the main stage to the second stage which is lush with fake vegetation. He continues on his spree of belting hit after hit from his collection of songs. All while there’s fantastic light design happening. He eventually returns to his main stage via his boat and busted through quite a few more songs before ending the night with a shower of pyrotechnics and the song “RUNITUP.”

This was an experience. It wasn’t just a show, but something that you’ll be thinking about for weeks after it ends. If you get a chance then you have to see Tyler play, even if you don’t like his music, you’ll want to see this. It’s going to be interesting to see what Tyler concocts next because this was definitely one of the most interesting shows I’ve seen in quite a while.

The setlist according to Setlist.Fm: 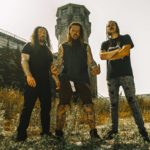 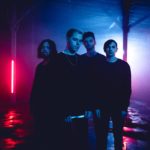 Thousand Below Announce Spring 2022 Tour with Savage Hands and Sleepwaker