LA-based pop artist Tory Floyd released her bright, R&B-inspired single, “As It Is,” on February 4. Working alongside her brother Preston (aka Press Tone) of Press Tone Productions, the song came to life almost instantly. The track, interestingly enough, started out with the goal of Julia Michaels cutting it for NBC’s Songland. Luckily for Floyd, the song eventually fell back into her lap, which allowed them to transform it into her signature style of soulful, R&B-infused pop.

Although “As It Is” went on a quite unique journey to become what it is today, the message behind it always remained the same. “I’m someone who has struggled with the internal battle of anxiety and comparison,” says Floyd. “It doesn’t accept the state of paralysis we put ourselves in, waiting for an idyllic world and the chance to wish on the right star.”

The single takes a lighthearted approach to this issue, allowing listeners to feel safe in accepting their habits of comparison and begin working towards positive change. “As It Is” welcomes the desire to live and the love life you’re given. “We’ll still have moments of weakness, we’re human, but we’re able to re-center ourselves much faster on this one,” says Floyd. “It refuses to accept the paralysis we bring upon ourselves waiting on an idyllic world if we could just wish on the right star.”

Originally from the midwest, Tory Floyd grew up between two worlds: putting on “at-home concerts” to her parent’s heavy rotation of artists like The Jackson 5 and a deep relationship to the world of sports. Floyd’s athletic ability gave her a path to college, but songwriting and performing always took the lead. Music’s role in the family didn’t stop at playing records as kids, but both she and her brothers have managed to turn that influence into their own careers. Going back to the early sessions of 2018’s “Bloom,” she’s constantly been in the studio with her number one collaborator and producer; her brother Press Tone of Press Tone Productions. Her soulful pop style pulls influence from melody master Ariana Grande & lyrical storyteller Julia Michaels.

Expanding her impact on the industry, Floyd has caught the attention of those in the TV & Film world as well. Already having multiple nationally and internationally aired music placements, her artistry speaks for itself. Notable examples are The CW’s Black Lightning & the critically acclaimed Black-ish spinoff, Grown-ish. The edgy pop/R&B blend “A(WY)” comes in next with gritty Ariana & SZA vibes. Decoded, this title means “Alone (With You)”. It’s especially fluent in the female perspective; knowing when it’s time to take back control and when it’s time to bounce. Summer ’21 rolled in hot with the light, flirty anthem “Keep You Mine”; for those that want to soak in a new love before unleashing it on to the world. Be on the lookout for her string of releases slated for rollout this year. Introspective, yet rhythmic, they are the perfect summation of what makes the human experience both complex and colourful. 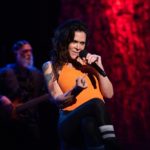 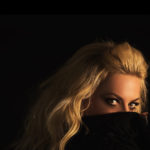