Folk singer-songwriter Tom West released a reimagined version of “Emiko,” a song off of his 2020 album Antarctica on February 23rd. In this live-acoustic rendition of the track, West brings a wider breadth of emotion to the song by keeping the focus on simple guitar-picking, emotive strings and the wispy poignance of his voice. In this way, West allows the lyrics to shine brilliantly in the forefront for listeners to be fully engrossed in.

Speaking on the complexities of “love and duty,” West recalls poetically the story of two characters who “have unexpectedly found one another but life and circumstances conspire to prevent the fairy tale from working out.” Speaking in both a relational and a broader social sense, West explains that “as people, we try to navigate this experience as best we can but sometimes, despite our best intentions, things can fall down and it can feel like we’re putting back pieces in places where they just don’t seem fit anymore.”

West shares that when he originally wrote the song he was in a completely empty house with just a couch, explaining that the natural echo and reverb of the space organically informed the melodic construction of the track. Later, when his friends Robbie Cavanagh and Demi Marriner did a cover of the song, he says he immediately connected with it. “I thought it was better than the way I originally sang the song, so when I was pondering which songs to reimagine, it was an obvious choice.”

While the original version of “Emiko” is just as equally stirring as its stripped-back counterpart, there’s something to be said about the inherent introspection that the live-acoustic version encourages. The space between each breath allows listeners the privilege of drawing deeper significance from West’s raw and heartfelt lyricism. 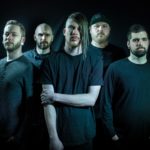 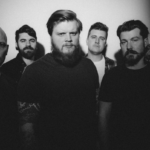