“‘Lone Survivor’ is a testament to feeling empowered by your independence in the aftermath of a breakup. The energy of this song was swimming through my veins for a few days before writing it. So when the time came for me to get in the booth and write the melody and lyrics, a lot of it came out right away.” 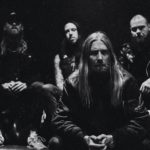