Like most rock fans, we love hearing a good cover version here at V13 and love nothing more than hearing a band rocking up a pop hit. There have been plenty of great covers over the years and the latest to put their twist on a pop favourite are Canadian rockers The Veer Union who have jammed out their version of the Shawn Mendes and Justin Bieber collab “Monster.”

It isn’t the first time the Canadian band has dipped into the world of covers so we had a chat with guitarist Ryan Ramsdell about the cover tune, what they think makes a great pop song, and the future of rock music.

Thanks for your time. It’s a new year for everyone, so what are your hopes and plans for the year ahead?

Ryan Ramsdell: “Thanks so much for having us! Well, we’ve got plenty of new music coming this year and we feel it’s some of our best material ever, we are really hoping our fans love it and that we make a bunch of new fans. We are also very excited to get out touring again, it’s been almost three years. Like everyone else going out on tour, we hope to make it through without any COVID or safety issues.”

You ended last year with a cover of the Shawn Mendes/Justin Bieber collaboration “Monster.” What prompted you to “rock up” that particular track?

“We always like to try to do something different and do something people won’t see coming. We heard the original, liked the melody, lyrics and tempo. We were just like, ‘let’s do it!,’ so we did!”

Both artists are superstars in their own rights. Why do you think they have been so successful?

“They certainly are. They put out some of the best songs in pop and clearly, really connect with their fans there in all aspects of sound, message, imagery, and their social media numbers are out of this world. It also helps when you’ve got the most powerful players in the music industry behind you.”

In your eyes what makes the perfect “pop” song?

“Melody, cadence, uplift, lyrical content connection/relatability, lyrical content matching the cadence, and uplift of the instrumentation (at exactly the right spots), the beat/head bob, and of course the overall timing of what’s happening with the energy of the world.”

Are there any other artists you would like to cover?

“Yes there are, but we like to keep our fans guessing so our lips are sealed for now.”

What about collaborations? If you could collaborate with any pop artist who would you choose and why?

“Oh, that’s a tough one and a loaded question. One of the pop artists we’ve really liked over the past few years is Halsey. We love her voice, how she’s always changing up the production, style of song, has uplifting and also at times dark lyrics and of course, the attitude.”

Let’s flip the idea on its head, if you could get any pop artist to “pop up” one of your songs, who would you love it to be and which song would you want them to cover?

“It would be out of this world to hear someone like Bieber, Halsey, or Miley Cyrus cover the newest and heaviest song we’ve ever put out, ‘Standing My Ground,’ but with all the screams.”

Back in 2020, you dropped your Covers Collection EP. Any plans to do another one?

“Won’t rule it out, but at this point, we are focused on new material. Everyone has been doing covers of late so we are going to stay away from a covers record for a bit.”

Looking ahead to 2022, who do you think are the bands that will make a big impact on rock music in the year ahead?

“Well obviously the staples, Three Days Grace, Breaking Benjamin, Bring Me The Horizon, Asking Alexandria, Falling In Reverse, Starset, and The Pretty Reckless will probably make a huge impact as they continuously have over the past several years. A Day To Remember is also a force to be reckoned with. A few of our favourites of the newer breed of band are Bad Omens, Nothing More, Memphis May Fire, and Wage War who are all really growing. We hope they smash it out of the park.”

On a similar note, people talk about the next generation of festival headliners to replace the likes of Maiden, Metallica, etc. Who do you think will be able to step up to the mark and take over?

“That’s a really good question. To take over as the big headliner when Metallica isn’t there, the short answer, for now, is Slipknot, but they are far from a new breed of band. Outside of the Knot, Nine Inch Nails, Foo Fighters, and Muse are enormous but aren’t exactly metal. There’s still the mid-1990s bands like Korn, Disturbed, and Godsmack, but if we are talking about the long-term future, there is a bit of a crisis. The major labels haven’t invested long term in the future of hard rock and metal. Metallica has sold over 100 million records and were at the top of the mainstream charts beating out ‘POP‘ artists. Currently, there isn‘t a rock/metal band doing that.

“Take a look at a year’s worth of streams for say someone like Bieber or The Weeknd, they live in a different universe compared to any rock or metal band. Imagine Dragons is not going to be headlining a metal festival. Linkin Park would have been the one to carry the torch but sadly, it’s not meant to be. When you look at the bigger of the early 2000s bands, Five Finger Death Punch, Breaking Benjamin, and Volbeat are huge and Avenged Sevenfold is probably closest of the bigs to ‘the Metallica sound,‘ but are they big enough to keep these enormous metal festivals going? Pre-pandemic, those bands would link up together in hopes of selling out an arena…

“Of the new breed of band, at this point, Bring Me The Horizon, Falling In Reverse, and A Day To Remember (there are others too) are the only bands growing fast enough with rabid enough fans but will it be enough? Ghost does arena tours which is impressive and Trivium has grown a lot too, but to be honest, no one really knows. That being said, we in The Veer Union are not festival promoters. Whatever is going to happen, we will all find out soon.

“At this point, it seems more likely the festivals will have to evolve and some are already beginning to. That being said, the world is in a difficult time and appears to be continuing to head more and more in that direction. The more unstable the world becomes, the angrier and angrier people become. Maybe this will bring a new wave of musical taste to the masses and rock and metal will once again begin to rise to the top? If that happens then who knows what will happen or what will be created from it. As of now, that’s yet to materialize.”

“You most certainly will. We just released ‘Standing My Ground‘ on January 14th and not only is it our heaviest track ever but it’s also been one of our fastest-growing releases ever! We have a ton of new music coming everyone’s way and it’s just the beginning of the new year!”

“In twelve months, we hope to have grown our streaming and social media numbers significantly expanded our audience and have a few successful tours under our belts (pretty much what every band wants). It’s a very interesting time we are living in, things are evolving quickly and really, we hope to be continuing to do what we are doing, making music for a living.”

“First and foremost we’d like to thank all our fans for the ongoing support, we couldn’t be doing this without you all. We’ve got a ton of new material heading your guys’ way and in the next few weeks will be announcing tour dates. Thanks for the opportunity, we wish all of you at V13 and our fans a happy new year!” 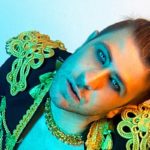 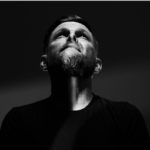