The Portal Tombs have opened and they are inviting you to enter, but do so at your own risk, because you may literally get blown away. That’s because darkened metal band Mass Worship has concocted an absolutely brutal and startling display of musical perfection. Released just last week via Century Media, it doesn’t get much more intense than this; a ferocious exploration of the deepest depths of human nature, the bleak, dismal side of humanity that we’d all like to think doesn’t exist. Distinctive and nearly supernatural, Mass Worship is pushing the world of heavy metal forward into a new era, guided by the inspiration from bands like At The Gates, Mastodon, and Meshuggah.

Formed in Stockholm, Sweden in 2018, they have been referred to as a death metal band, but may be more appropriately viewed as the next big thing within the extreme metal community. There’s no denying the fire and the fury that is wielded by the talented quartet of singer Claes Nordin, guitarist Gustav Eriksson, bassist Dadde Stark, and drummer Fred Forsberg.

Out of all bands, metal acts always have some of the most interesting and dedicated influences that you can very much hear directly in their work. That’s what made Mass Worship ideal for our latest edition of Stereo Six. Read on as drummer Fred Forsberg outlines six albums that inspired him in the writing and recording of The Portal Tombs.

“Not that this record necessarily sounds like our new record, but it’s been one of the most influential records to me personally since it came out. It’s just a perfect record overall; dynamic, progressive, but still clear hints of more traditional and old-school stuff. All in all, it takes you to a place no other record can, and that’s really the point of good art in my opinion.”

“Immensely dark and primitive, straight in your face, but still progressive as hell for being Tragedy. Perfect mix of brutality and melody, and we as a band have really stolen much of the vocal concept of crust punk. This record takes you into an emotional landscape that is very similar to the so hard to define present tense of humanity.”

“Heavy, mechanical, intricate, layered, my absolute favourite Meshuggah album both by sound and songs. This record has definitely inspired a lot of the aggressive-sounding parts of our new record.”

“In my opinion, the perfect blend of everything. Beautiful, melodic, technical, yet hard, heavy, and in some sense brutal. I always feel like Opeth have mastered the idea of redefining what is considered heavy, and really plays around with that concept. The riffs man, the fucking riffs. And I’m not even much of a riff guy.”

“I found out about this record pretty late in the process of recording our new album, but it still found its way into my head and changed the way I approached some of the mixing and arrangement. One thing I really respect and love with bands is when they have the courage to reinvent themselves, step outside of their box and try new things. Enslaved not only managed to do that with this record, but also invites the listener into a completely new dimension of reality while doing so. Highly recommended!”

“Of course, incredible musicianship, groundbreaking even by today’s standard. Another great example of a record carrying you into another world, another dimension of reality, and that gives you a new perspective of music and life as a whole.” 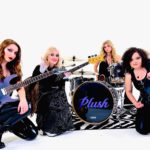 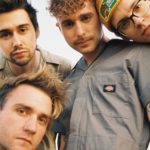 The Wrecks Deliver Their Dark and Anthemic Single “Lone Survivor”