Headlined by Neck Deep, Sum 41, Alexisonfire and Dropkick Murphys, the event which takes place at sites in Leeds and Hatfield over two days, already features a stacked card including The Used, The Story So Far, Pennywise, The Interrupters, Meet Me At The Altar, Silverstein, Deaf Havana, Cancer Bats, Pinkshift, Motion City Soundtrack and more!

Speaking about her appearance at Slam Dunk, Cassyette says: “Fuck yeah Slam Dunk ..buzzing to playing this year hope you see you there!” while Bears In Trees had this to say: “Slam Dunk has always been our dream to play. Pretty much every band that’s meant anything to me has been on their stage at one point or another. To be able to share that stage this year is crazy. I’m also hoping our times don’t clash with Motion City Soundtrack, because I’ve been waiting to see them live for about ten years now.” 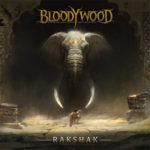