Americana/country artist Shannon Hudson delivers a poetic love letter to his wife on his new single “Man Of Your Dreams,” out February 22nd. This heartfelt track captures the tender earnestness that comes with striving to be the best version of oneself in honour of the ones they love most. Hudson’s bright, rich vocal comes through with a tinge of grit while he passionately paints vivid imagery with masterful lyricism. The artist’s voice intertwines effortlessly with the twang of his acoustic guitar.

Decorated with a melodious fiddle, subtle electric guitar lines, and a booming drum kit, this track embodies the nuances of Americana music that have captivated listeners for decades. Hudson demonstrates to listeners on “Man Of Your Dreams” that he is the real deal, delivering music that is both deeply personal and brilliantly executed.

Hudson wrote this track after hearing about the version of himself represented in the dreams his wife described having of him; during these nightmares, she recounted a cruel version of Hudson that appeared so real she would wake up angry towards him. Hearing this pushed the family man to take a long look at himself and commit to being the best husband he could be in spite of the man in her dreams.

Hudson embraces in the epic chorus the reality that although he is not perfect, he is determined to create an environment characterized by transparency, communication, and a deep love for one another. He says, “I know that if we put our faith in each other, we can and do continue to build something special.” For the singer-songwriter, “Man Of Your Dreams” is about creating a life that “bursts at the seams.” 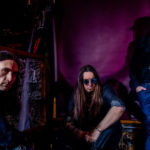 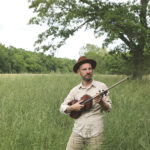