Some bands are ok with taking baby steps when they’re just starting out. In other words, getting their name and their sound out, but playing it safe when it comes to theme and subject matter. Not so with Rénovations and their debut album Break The Frame. Due out on April 20th, the album is composed of previously released singles and some newly written songs. What they all have in common is that they form to make a firm statement about current issues, like racism, xenophobia, and sexism.

Today, you can hear what we mean with the unveiling of not one, but two new singles, “Ragged” and “Dirty Nails.” “Ragged,” in particular, is a reflection on physical and psychological harassment, instigated by a man and directed towards a woman. The lyrics are hard-hitting, the riffs are sharp, and the ’90s alternative rock influence is effervescent, with a type of modern grunge sonic landscape, with dashes of electronic production.

Discussing the two songs, and Break The Frame more generally, the band states:

“A recurring theme across the album is related to calling out and challenging psychological control, sexism, and the disrespect of boundaries. This particularly comes across in tracks such as ‘Dirty Nails’, ‘Ragged,’ ‘Women,’ ‘Mine,’ and ‘Tell Me.’ The album also calls out the equally obvious and subtle negative attitudes towards migrants in the UK, which we can experience first hand in a sense that can often make us feel trapped.

“The album is a work of two years, as we all pooled our resources together as best as we could, working as fast as our finances allowed. The album has been recorded in multiple locations at different times, due to financial reasons, but we always hope and aim to improve our craft and the way we present it with each release.”

Originally forming as a covers band in the fall of 2019, the group has really expanded their sonic palette in that time. Despite the enormous inconvenience that the COVID-19 pandemic created for live musicians, it offered the members of Rénovations the time to focus on writing and finetuning their own original music without any pressure of having to get out and tour.

Currently based in Edinburgh, Scotland, the trio is composed of members from all across Europe, from Scotland to France, to Italy, to Romania. They have capably constructed a highly likable alternative sound, with metal-style drumming, punishing guitars, and dominant synths. Their vocals are performed in both French and English with lyrics that really convey the current climate of collective anxiety that is accentuated by the mass media.

It’s all systems go for Rénovations, happy to liven things up and stir the pot where and when they can. 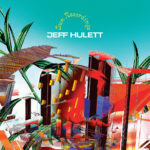 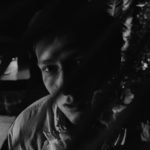