Speaking of the new single, the band shares:

“This song is the result of a series of incredibly challenging situations we have been in throughout our lives. This was one of the first songs written for MISFIRE and we are stoked to share it with you all! Raise your red flag!”

And, shedding some light on the album and the recording thereof, drummer James Nicademus adds:

“The album is a sonically badass version of what you’ll hear live. It’s real, no fake shit. It’s very much a throwback to the way things used to be recorded. Like, just turn the shit on, press record, layer some stuff in after that, put some words on top of it, mix it, and it’s done.”

Sympathy For The Ignorant Track Listing: 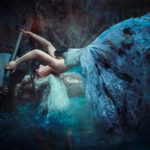 Behind the Video: Cellista Offers a Look Inside Her “Pretend” Music Video 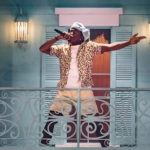