“‘Snow Angels’ is really about coping with how the world keeps spinning after you’re gone. So I had the idea to put it in a funeral home. Dirtbike was one of my first fish that I ever got, but he was apparently already on his last leg, so he pretty much passed after I brought him home with a couple of other fish. But we try to keep our videos pretty entertaining; in the video, I won the fish at a theme park and had the best day ever with him until he died. Dirtbike forever.”

“‘Snow Angels’ is a lyrical metaphor for Time in the song. We’re questioning whether we did something impactful and spent our time wisely as we only get a small amount that flies by quickly. We make these imprints on the world, but eventually, they vanish just like snow melting. Everyone gets a little down sometimes, so writing these songs gives a little peace of mind with how you can feel about some topics that are a little too tough to tackle head-on.” 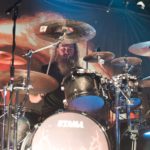 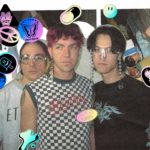