Rock and metal fans love a good tale about their favourite bands, whether they’re true or not. We all remember the tale of Ozzy biting the head off a bat on stage or the one of Motley Crue snorting up ants on an airport runway, and those are just two of the tales of rock debauchery littered throughout history. It has to be said that modern-day rock is seemingly tame in comparison.

Inspired by the classic rock and metal greats, upcoming UK metallers Voltstorm release their self-titled mini-album on March 25th, teasing the release with the new single “One Life” which is out now. Tipping an appreciative nod towards the greats like Iron Maiden and Judas Priest, we asked the band about their favourite rock stories.

1. Led Zeppelin defiled a Groupie with a Mud Shark. Is that even true?

“Never been to a hotel where you can fish from the windows? Blame Led Zeppelin. Seattle’s Edgewater Hotel looks over Puget Sound and Led Zep’s entourage found that you could catch mud sharks from the safety of their rooms; now add eager, naked groupies to the equation and things get slightly disturbing. No need to go further, suffice to say it’s a good thing no one caught crabs that day.”

2. Eddie Van Halen drove a Tank through Hollywood to get a guitar back

“Eddie Van Halen did. It happened when he was introduced to Limp Bizkit frontman Fred Durst. They decided to jam together at the latter’s house. When some in attendance began using illicit substances, Van Halen bolted, leaving his guitars and equipment behind.

“The next day, he tried to contact Durst to arrange for the return of his belongings, but Durst ghosted him. After 24 hours of frustration, Van Halen allegedly drove a tank (Eddie once bought an assault vehicle from a military auction. It has a shine gun mount on the back and is not legal) to Durst’s house and pulled a weapon on him when he opened the door.

“He got out wearing no shirt, his hair in a Samurai bun on top of his head, his jeans held up with a strand of rope and combat boots held together by duct tape. And he had a gun in his hand. Perhaps needless to say, his gear was returned promptly.”

“The incident in question took place in 1972, a time whilst the Rolling Stones were on their infamous tour of North America that saw the group cause a barrage of chaos night after night in each passing town they set foot in.”

“Black Sabbath’s Tony Iommi was a serial prankster in the heady days of the band’s initial stardom, and he went through a stage of setting people on fire while bored during their endless days on the road, which almost ended fatally.”

“Hollywood hotel Chateau Marmont, located on Sunset Boulevard, first opened its doors in 1929, and if the walls could talk…

“Though it has to be said, John Bonham arguably created the most notorious event in the history of the iconic hotel. Legend has it the drummer rode a Harley Davidson right through the hotel’s lobby in an insane stunt he would repeat on a further two occasions while staying at the Continental Hyatt House Hotel and the Andaz West Hollywood. Whilst Bonham was performing his trademark stunt, Robert Plant allegedly shouted from a balcony, ‘I am a golden god!’” 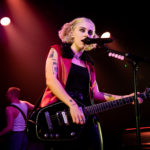 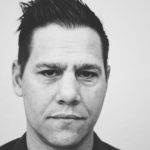