Taken from their hotly-anticipated new album, Life Is Yours, indie favourites Foals have released their euphoric, exuberant video for new single “2am”.

The track’s brand new video was directed by Tanu Muiño and filmed in Kiev with an entirely Ukrainian crew. The Ukrainian director is best known for helming one of the biggest and most flamboyant videos of recent years with Lil Nas X’s “Montero”.

Speaking of the collaboration, Foals Yannis says, “We love Tanu’s work. It wasn’t a collaboration we would’ve predicted, but I met up with Tanu in London, we hit it off and decided to work together. The moment I spoke to Tanu she was interested in the repetition of the lyrics, which is symbolic of being stuck in repeated patterns of bad behaviour. She wanted to visualise that with labyrinths and maze-like loops.”

Tanu adds, “Foals are one of my favourite bands, so this project was a dream to work on with Yannis. The labyrinth idea came from playing the track on repeat and the visuals came together when I met with Yannis. We connected on the creative, which is the ideal situation in videos to have him explain the meaning behind the track and the inspiration of the song.

The more we spoke, the more the idea revealed itself. We felt the repetition of being stuck in the same place, the same life, the same situations all felt like being trapped in a labyrinth/maze that you are constantly wanting to exit and find a resolution for – you keep trying until you unlock it!”

Following the release of the album, 2022 will see Foals make a long-awaited return to touring. Their UK headline tour in April and May includes a four-night run at London’s Olympia, while their summer festival schedule is also taking shape as is their full international touring schedule. 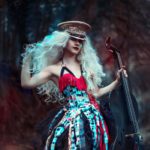 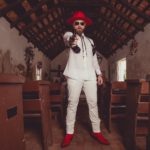