If you’ve been there from the very beginning, or you’re a recent addition to the club, never fear, Don Welch has got your back! We’re talking about you, the faithful, dedicated follower of the outlaw rapper, and your loyalty to The Anomali Army. Welch is debuting the official music video today for his latest single “Anomali,” a song specially and loyally written for his ever-growing legion of fanatics.

The new video features a forceful performance of the song from Welch out in the Texas wasteland, firing off rough, raw southern raps that reel you right into his outlaw way of life. You’ll be able to find the song as the title track to his new album, set to be released via Dirt Rock Empire later this year.

Describing his musical inspirations for “Anomali,” Welch was kind enough to share the following:

“During the time I started writing the song, I was listening to a lot of Led Zeppelin which is my favourite band of all time. Although I don’t sing, I’ve always been inspired by drummers that have their own groove and distinctive heavy hitting sound such as John Bonham.

“’Anomali’ is named after my fanbase The Anomali Army. The inspiration for this song was to create an anthem to give back to my core fans. My whole fanbase is an anomaly in their own individual rights and we spell it with the letter I to represent an individual standing up for himself.”

Welch brings to the table a pretty unique set of musical talents and abilities. Based in San Antonio, Texas, he is a unique voice in a crowded landscape of southern music, conjuring up an irresistible mix of hardcore rap, southern blues, classic rock, and raw country. It’s music with an edge, easily identifiable, with a no B.S. attitude tattooed right across it. Welch is approaching the release of his debut record with a lot of momentum on his side, thanks to the success of singles “Forced Hands,” “Black Sheep,” and “Dead Bodies,” which have all garnered together over half a million views and streams.

Fans have really taken to his no-nonsense approach, and with his debut album coming soon, Don Welch is a name you’re going to be hearing and seeing a lot more of this year. 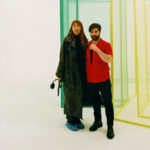 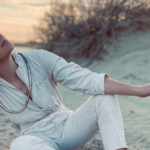